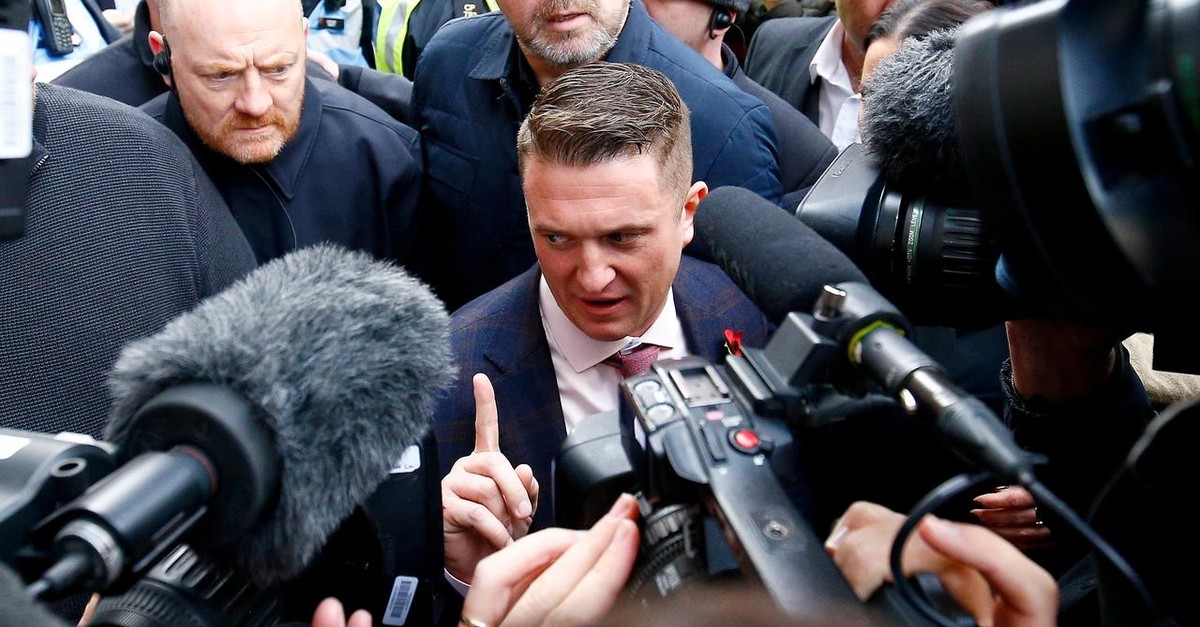 A far-right figure in U.K. politics facing jail time for breaking a media ban law and contempt of court has urged U.S. President Donald Trump to grant him political asylum.

Tommy Robinson, the founder of the right-wing extremist English Defense League (EDL), could face up to two years in prison after a high court last week found him to be in contempt of court. The Islamophobic figure, whose real name is Steven Yaxley-Lennon, appealed to Trump, arguing he had no future in the U.K.

"I beg Donald Trump, I beg the American government, to look at my case. I need evacuation from this country because dark forces are at work," Robinson said in a media statement, expressing fear of "terrorist gangs"-controlled British prisons.

"This is a direct appeal on behalf of my family-we love the United States, I have no future here in Britain," Robinson said.

There has been no comment so far from the U.S. government on whether they received a formal request of asylum from Robinson. U.S. politicians have in the past raised what they call "concerns" regarding Robinson's trial.

High court judges last week found Robinson guilty of breaking a reporting ban on a grooming trial in 2018 by live streaming the case and attempting to reveal the identities of the defendants. This incident threatened to end the case as Robinson had interfered with court procedure.

Members of the EDL, founded in 2009, routinely engage in violence during marches and demonstrations. In recent years, Robinson has received the support of Trump and other high officials.

He has also publicly called out against Muslims living in the U.K. and has led many "mosque invasions" as part of the EDL's Islamophobic campaign.

Robinson is expected to be sentenced later this week.