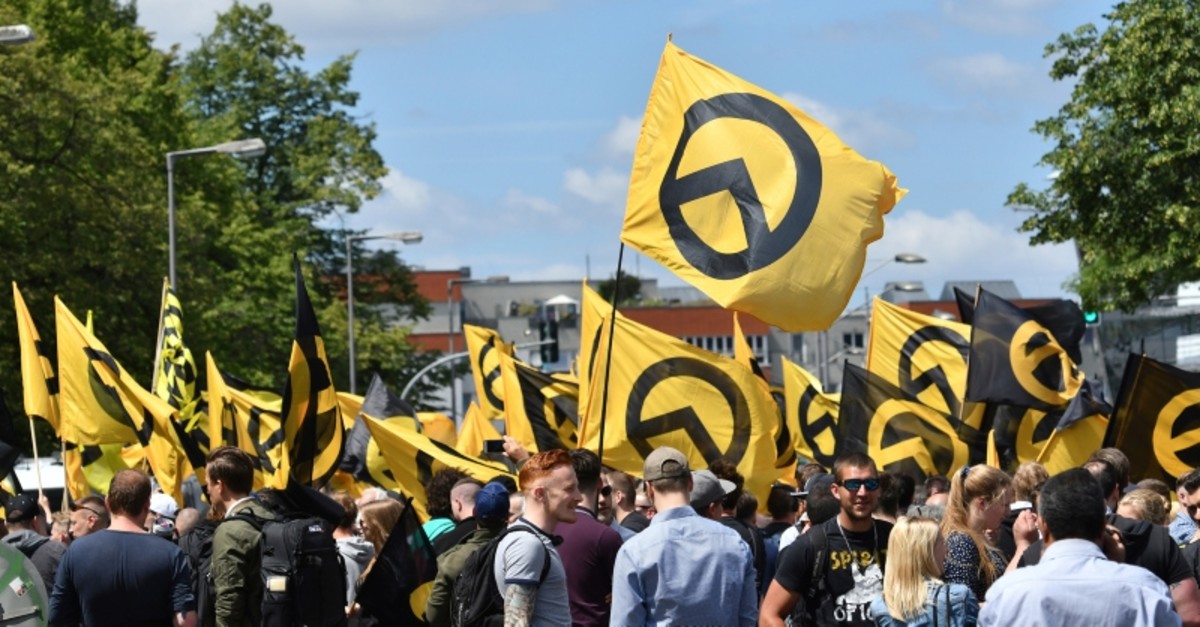 Thomas Haldenwang, head of the domestic intelligence agency BfV, said in a statement that the agency would not only focus on violence-oriented extremists, but also go after groups like the Identitarian Movement which spread hate and racism.

The agency's decision would put the Identitarian Movement, also known as the Generation Identity, under enhanced surveillance in Germany.

The group, which was founded in 2012, had distanced itself from violence-oriented neo-Nazi groups, but long remained a source of concern for security agencies as its leading members propagated white supremacist ideas, anti-Muslim and racist conspiracy theories such as "The Great Replacement."

The Identitarian Movement gained attention in Germany with spectacular actions, including flash mob protests, and attracted young people with social media campaigns, exploiting fears over the refugee crisis and terrorism.

It is estimated to have more than 600 members in Germany.