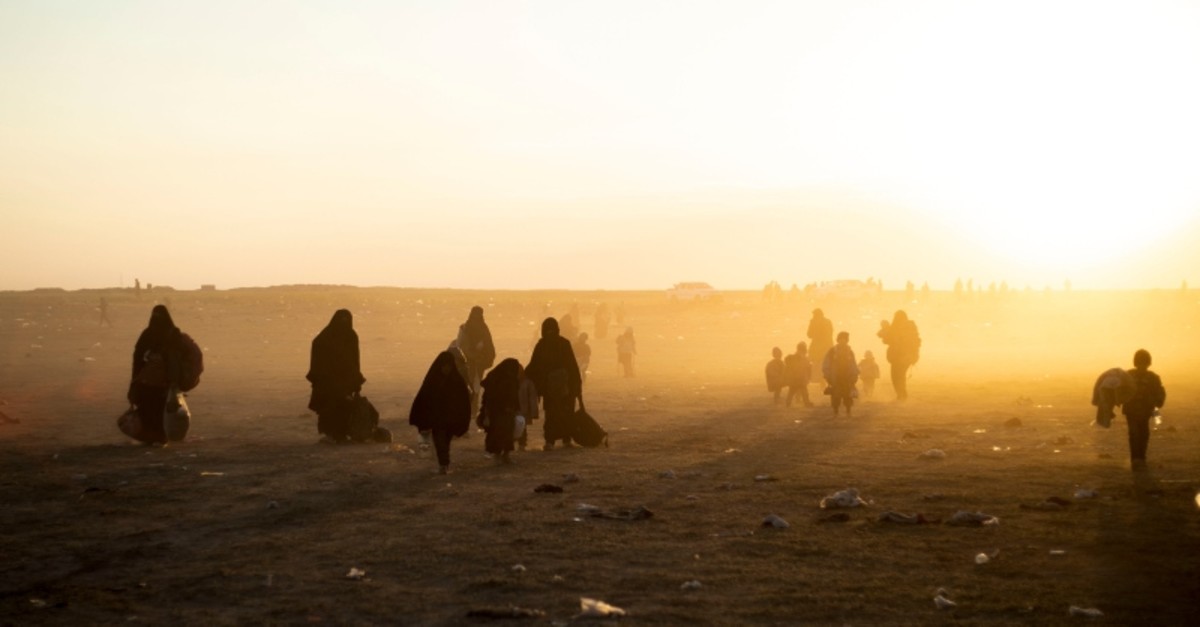 | AFP Photo
by Daily Sabah with AFP Jul 12, 2019 12:54 am
A court in Berlin has ruled that the German government must help the relatives of an Daesh terror group member return to Germany.

The ruling requires the Foreign Ministry to determine the identity of three under-age children in a refugee camp in Syria and bring them and their mother to Germany, a spokeswoman for the court said Thursday.

The Foreign Ministry can appeal the ruling, which followed an emergency court proceeding. A spokesperson for the ministry told dpa they were still reviewing the decision.

The Berlin administrative court in its ruling said the mother and children from Lower Saxony had a right as German citizens to security protections under German law. It found conditions in the refugee camp to be potentially life threatening for the children and said the German state had an obligation to act.

German news outlets NDR, WDR and the Sueddeutsche Zeitung first reported on the case. The children are aged 8, 7 and 2, according to the reports. The Foreign Ministry had argued it had no responsibility to help the mother with her return to Germany.

Dozens of German Daesh fighters are reportedly in the severely overcrowded al-Hol camp, which is under the control of the PKK's Syrian affiliate People's Protection Units (YPG). Their wives and children are estimated to number in the hundreds.

Humanitarian groups have called on Germany to take back over 100 children of German Daesh fighters, who they say risk being radicalized.

At the height of Daesh's power, hundreds of foreign fighters from dozens of countries streamed in to join the self-proclaimed caliphate. Some militants took their young children with them to Daesh-controlled areas in Syria and Iraq.

Following a period of expansion from 2014 to 2015, Daesh went into a gradual decline, with U.S.-led coalition bombings and Turkish-backed operations leading to a rapid decline in Daesh territories and the number of its militants.

Although Daesh is mostly defeated, dealing with the children of foreign fighters in Syria and Iraq is posing a dilemma for governments in their home countries. Many of the foreign fighters and their families are in prison or special camps in Iraq and Syria. More than 3,000 foreign women and children are being held by the al-Hol camp in northeastern Syria.