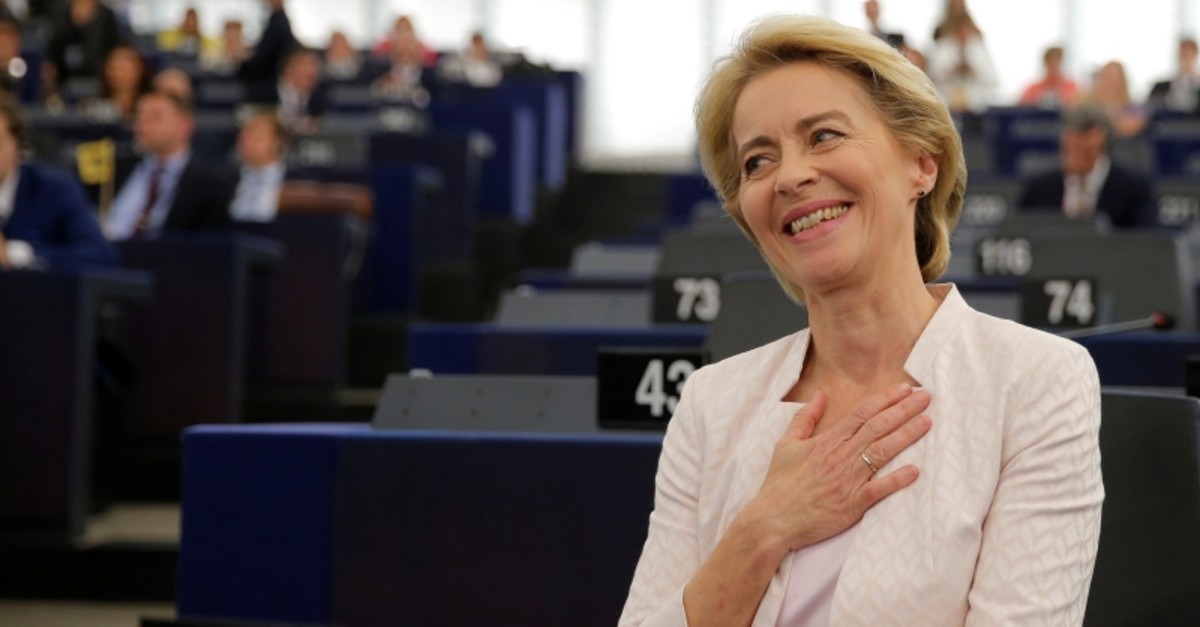 Ursula von der Leyen was confirmed as the new European Commission president Tuesday, becoming the first woman to hold one of the most prestigious positions in the European Union.

The European Parliament voted 383-327 vote with 22 abstentions on Tuesday to approve von der Leyen's nomination. The confirmation required an absolute majority of 374 votes and the outgoing German defense minister scraped through with barely nine votes to spare.

"I feel so honored and I am overwhelmed," she said in an immediate reaction. "The task ahead of us humbles me."

She was nominated by EU leaders as part over an overall appointments package, but still needed the backing of the legislature.

She was a last-minute candidate and many legislators were angry none of their lead candidates were picked for the job.

"My message to all of you is: let us work together constructively," she said.

Von der Leyen set out her political objectives on a greener, gender-equal Europe where the rule of law continues to hold sway earlier in the day.

Her approval was a key part in the package of top jobs that EU leaders agreed upon early this month.

Under the deal, the free-market liberal Renew Europe group got Belgian Prime Minister Charles Michel as European Council president and the Socialists won the top parliament job. France's Christine Lagarde was put forward as head of the European Central Bank.

Von der Leyen told lawmakers in Strasbourg on Tuesday that the gender element will be essential part of her job.

"I will ensure full gender equality" in her team of 28 commissioners.

Pointing out that since its inception in 1958, less than 20% of commissioners had been women, she said: "We represent half of our population. We want our fair share."

Prior to the vote, EU parliamentarians hadn't so much objected to von der Leyen personally as voicing their anger that they were sidelined in the appointment process. Their candidates for the commission post, arguably the most important of all the jobs, were all rejected by the EU leaders.