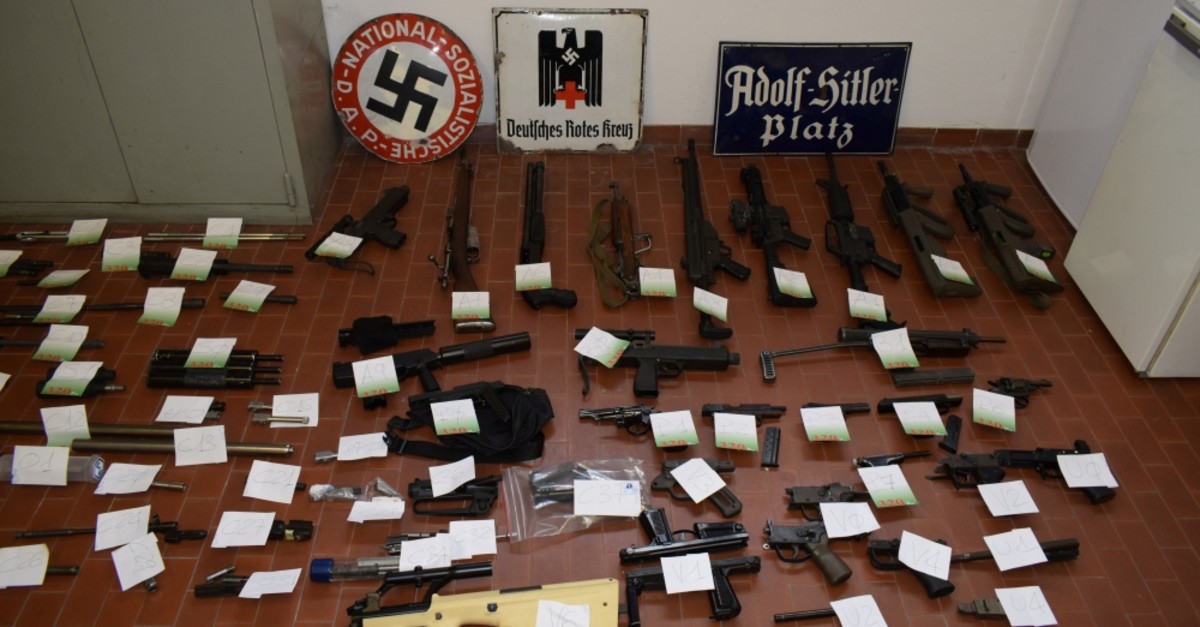 The threat from neo-Nazi terrorism in the U.S. and Europe appears to be rising, while preparations for violent terrorist attacks by far-right perpetrators escalate as was recently witnessed in Italy

As many Western countries have witnessed the resurgence of nationalistic, far-right sentiment in society and politics, growing neo-Nazi terrorism becomes a serious threat for them. Fascist symbols, rhetoric and Nazi salutes have become more visible in daily life in Europe and the U.S. Recently, in Italy, police detained three men, including one linked to a neo-fascist Italian political party, after uncovering a huge stash of automatic weapons, a missile and material featuring Nazi symbols.

Police have carried out several raids in recent weeks on far-right targets around Turin, with a man arrested earlier this month for advocating fascism and possessing illegal weapons. Polls show a growing concern among Italians that fascism, officially banned as a political movement in Italy but never expunged from popular culture or the political fringe, is rearing its head in alarming ways.

With Germany facing a growing risk of violence from far-right extremists, the latest assassination-style murder of a pro-migrant Christian Democrat politician, Walter Luebcke, by a far-right extremist has raised fears of increasing neo-Nazi terrorism in the country. Luebcke's murder has revived a debate about whether Germany is doing enough to combat far-right groups after the chance discovery in 2011 of a neo-Nazi cell, the National Socialist Underground (NSU), whose members murdered eight Turks, a Greek man and a German policewoman between 2000 and 2007. The survey also found that some 66 percent believe the state is too lenient when it comes to dealing with Nazis and far-right extremists.

As in European countries where populism has surged, the U.S. has also been hit by a rise in neo-Nazi groups. Fueled by President Donald Trump's immigration stance and the perception that he sympathized with those espousing white supremacy, the number of U.S. hate groups surged last year, the Southern Poverty Law Center (SPLC) said in February. Neo-Nazi groups substantially increased in number, to 121 from 99, the report said, in part by recruiting college students.

In August 2017, the quiet college town of Charlottesville, Virginia became a bloody symbol of the nation's roiling racial and political divisions following a white nationalist gathering that left one dead. The Charlottesville violence created a fierce urgency to remove public statues, monuments and other remembrances that glorified the leaders of the Confederacy in the U.S. Some believe that the statues mark history and honor heritage, while others say they represent white supremacy and America's dark legacy of slavery.

Some white supremacists involved in the neo-Nazi Charlottesville violence in the U.S. were trained by a far-right Ukrainian battalion, the FBI allegedly claimed. The report came after the indictments of some members of the white supremacist movement for allegedly inciting the Virginia riot. The southern California-based white supremacist "Rise Above Movement" leader Robert Rundo said in his affidavit that he has connections with the political wing of Ukraine's far-right Azov Battalion, as he had traveled to Germany, Italy and Ukraine in the spring of 2018 to meet one of the members of the battalion, as reported by RT (Russia Today).