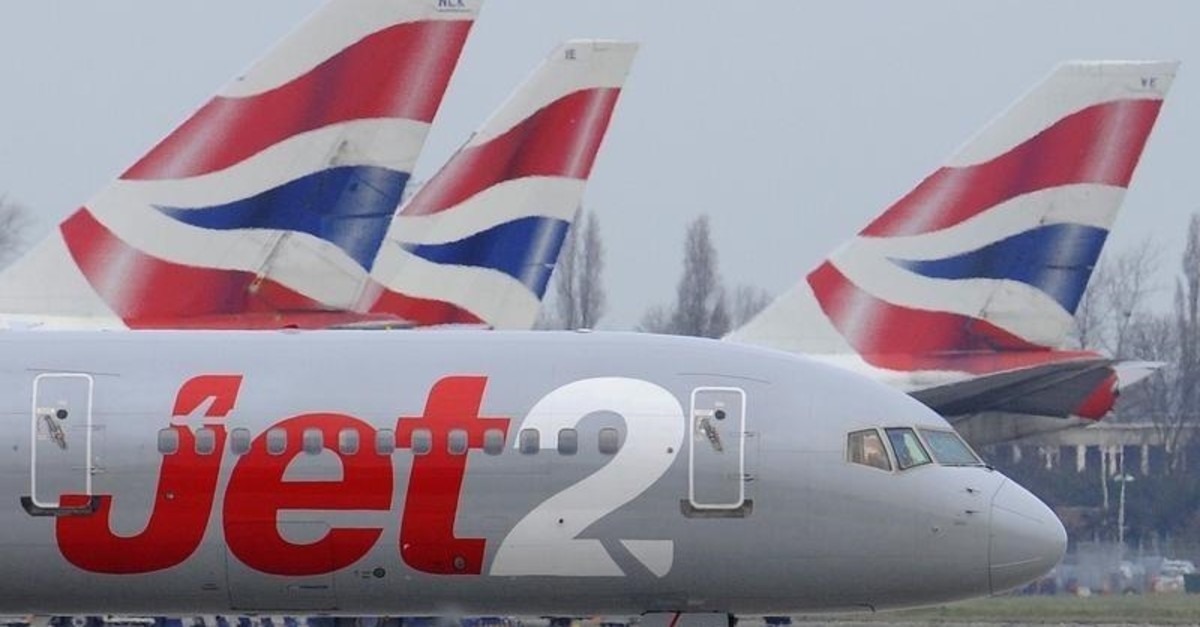 A passenger accused of severe misbehavior on a Jet2 flight that had to return to London's Stansted Airport in June has received a huge bill from the airline.

The airline has accused Chloe Haines of "aggressive, abusive and dangerous behavior" on a flight and sent her a bill for 85,000 pounds ($106,000). She has also been banned from the airline for the rest of her life.

Officials say the plane bound for Turkey had to return to Stansted and was escorted by two Royal Air Force Typhoon fighter jets.

The 25-year-old British woman was arrested by Essex Police when the plane landed and is free on bail.

She was arrested on suspicion of common assault, criminal damage and endangering an aircraft. She is scheduled to be in court August 21.

Several media outlets reported that the woman tried to open the aircraft's door mid-flight and shouted "I'm going to kill everyone," when passengers and cabin crew tried to subdue her.

Jet2′s CEO Steve Heapy said Thursday that the airline will try to recover the costs incurred as a result of the diversion.

Haines said Haines' actions were "one of the most serious cases of disruptive passenger behavior that we have experienced."

He said Jet2 takes "an absolutely zero tolerance approach to disruptive behavior, and we hope that this sobering incident, with its very serious consequences, provides a stark warning to others who think that they can behave in this fashion."