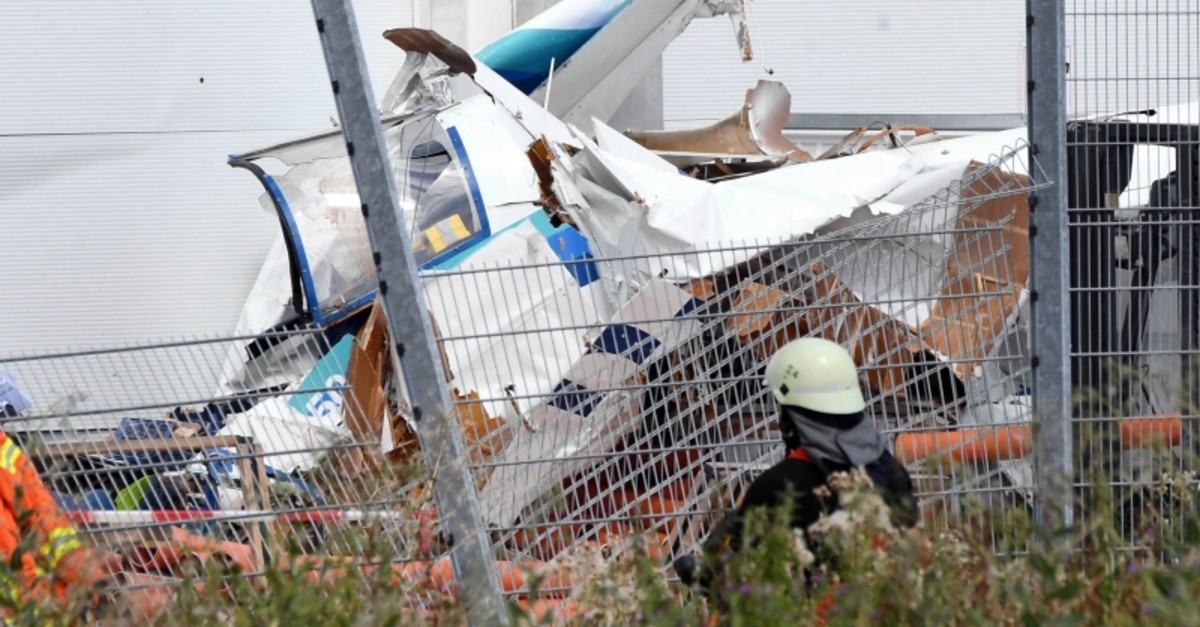 Three people were killed on Saturday when a small plane crashed into a building in southwestern Germany, police said.

The plane went down in the town of Bruchsal, about 70 kilometres north-west of the city of Stuttgart, and slammed into a hardware store.

No one inside the hardware store at the time of the crash was hurt, police said.

There was no immediate word on the cause of the crash, or who was on board.

A police spokesman said there was some indication that the pilot had been trying to conduct an unplanned landing on the neighbouring airfield.

The plane appears to have flipped over and crashed into the wall of the store.

Although the building did not seem to have sustained any damage, it has been cleared and cordoned off until police can establish whether there is any risk of it collapsing.