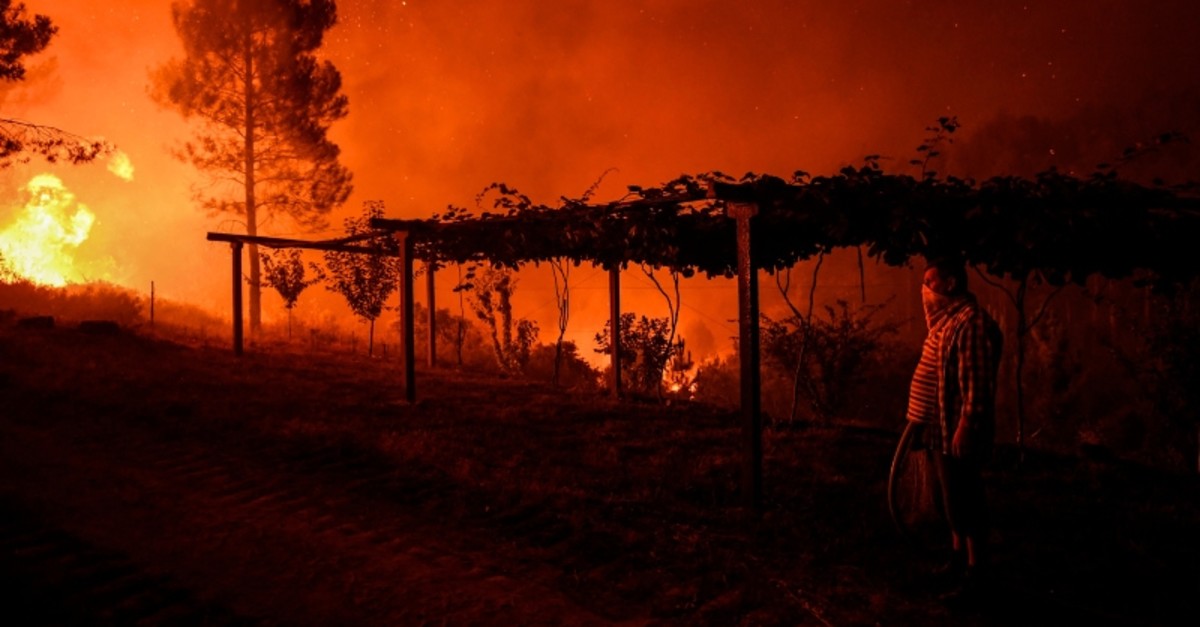 Planes and helicopters joined more than a thousand firefighters in central Portugal Sunday to battle huge wildfires in a mountainous region where over 100 people died in huge blazes in 2017.

By 12:30 pm (1130 GMT), one of the biggest mobilizations ever seen in the area -- including 1,300 firefighters and 400 vehicles -- had been deployed to fight the blazes in the heavily forested Castelo Branco region, 200 kilometers (120 miles) north of Lisbon, the rescue services said.

Around 20 people were injured in the blaze, including eight firefighters and 12 civilians, according to interior ministry figures.

One badly burned civilian was evacuated by helicopter to Lisbon.

The biggest effort -- 800 firefighters, 245 vehicles and 13 planes and helicopters -- battled to douse flames in the municipality of Vila de Rei, which had spread nearly 25 kilometers.

Authorities were looking into whether the fires may have been started deliberately, Cabrita said.

"The cause of the fires is being investigated... there's something strange. How is it that five such large fires broke out in areas that are so close to each other?" he asked.

The commander of the Civil Protection for the region, Luis Belo Costa, said that "given the difficult terrain, we have not succeeded in getting the fire in Vila de Rei under control, but have only contained about 60 percent of it, despite a lull in the wind."

The army said it was dispatching 20 soldiers and machinery to open routes "to facilitate access" for the firefighters.

In a message, President Marcelo Rebelo de Sousa expressed his "solidarity with the hundreds fighting the scourge of the fires".

Two other forest fires reported on Saturday have since been brought under control.

While a number of small villages were evacuated as a precaution overnight, no additional measures were planned on Sunday.

But that could change "if the situation deteriorates," Belo Costa said.

Five regions of central and southern Portugal were on maximum fire alert Sunday because of the dry weather and winds.

However, temperatures are currently below the threshold of 41 degrees Celsius (105 Fahrenheit) at which a red alert is triggered.

The fires, fanned by strong winds, had broken out on Saturday afternoon in the more inaccessible areas in the Castelo Branco region.

The center of Portugal is hilly and covered in dense forest and is regularly ravaged by fires, including the deadliest in the country's history where 114 people died in two separate blazes in June and October 2017.

Portugal is still traumatized by those deaths, with authorities taking extra precautions.

Much of the population in the area is elderly, as young people move to the cities.

The forests are largely eucalyptus, a highly flammable wood used in the paper industry.

Despite the combustion risks, the trees are planted because they are fast-growing and represent an important source of income for locals.

With fields and pastures abandoned, the forests are poorly maintained, with the dense undergrowth facilitating the spread of the fires.

According to the EU's European Forest Fire Information System, more than 250,000 hectares of land were destroyed by fire across Europe between January and April this year, more than the 181,000 hectares recorded for the entire fire season in 2018.