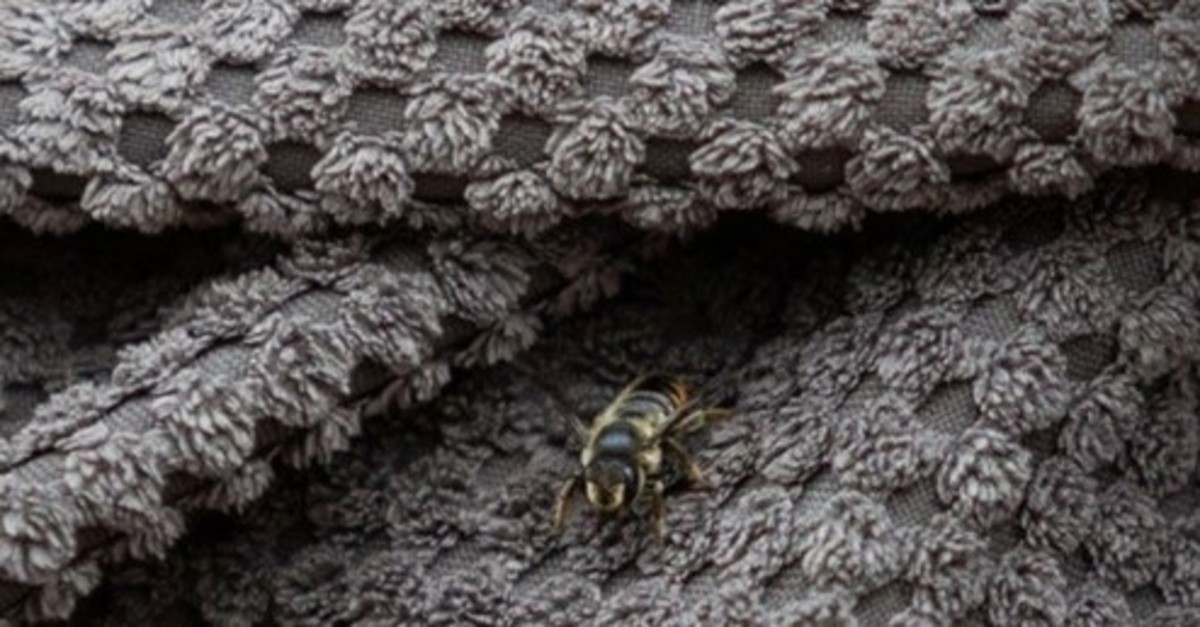 Osmia Avosetta, a species of mason bee found in Turkey and Iran pictured inside the luggage of British family who took a vacation in Turkey
by Daily Sabah Jul 30, 2019 8:39 pm

The discovery of a bee inside the luggage of a British family returning from a vacation in Turkey put the officials in Bristol on alert, as they try to locate the animal and kill it, claiming that it may pose a threat to the local population.

Unpacking after the summer vacation became a nightmare for the British holidaymakers, who discovered that the bee inside their luggage, known by its official name "Osmia Avosetta" is only found in Turkey and Iran and may pose threat to the local species.

They immediately informed the British Beekeepers Association about the incident, which contacted the Department for Environment, Food and Rural Affairs.

An official from the beekeepers' association noted that the bee species need to be carefully controlled as they may carry viruses that may pose a threat to the local species or create other issues, Ihlas News Agency (IHA) reported.

Turkey has been one of the top destinations for Britons for the summer of 2019 as holidaymakers turned their backs to EU destinations due to Brexit uncertainties.