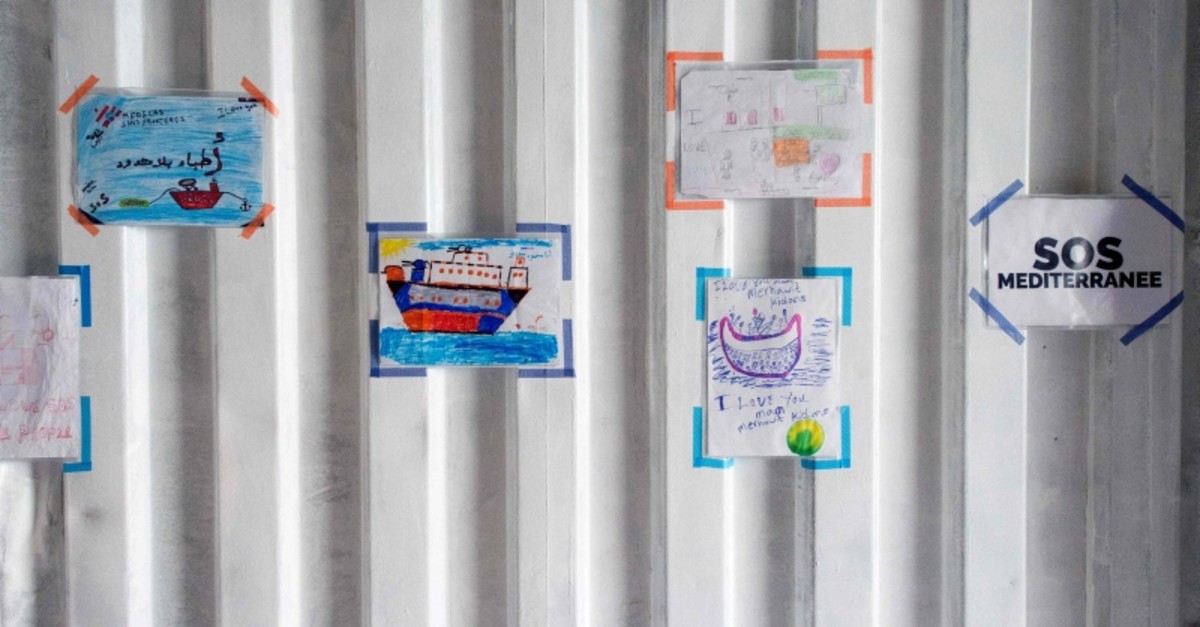 Italy will let 116 migrants on the Gregoretti coastguard ship disembark "within hours," Interior Minister Matteo Salvini said Wednesday, after EU countries agreed to share responsibility for looking after them.

"I will give authorization (for the migrants) to disembark in the coming hours," the far-right minister wrote on Facebook of the migrants and asylum seekers who have been stuck on the boat docked in Sicily for five days.

Italian prosecutors had opened an investigation into the conditions on the coastguard supply vessel, where the rescued migrants had only one toilet between them, Italian media reported.

The Commission did not give a breakdown on how the migrants would be shared between host countries, but the official said most would stay in Italy.

Some 140 migrants, who set off from Libya in two boats, were picked up by Italian patrols and transferred to the coastguard ship Bruno Gregoretti.

The operation took place on the same day that at least 115 other migrants were feared drowned in a shipwreck off Libya — according to the International Organization for Migration (IOM).

Several migrants aboard the Gregoretti have already been evacuated for medical attention, including a seven-month pregnant woman, her two children and her partner as well as 15 minors.

But Salvini had insisted that the remaining migrants, and the coastguard crew, would not be able to leave the vessel until other European countries agree to take them in.

Salvini, also interior minister, has taken a hard line against migrants rescued at sea being brought to Italy, which he says bears an unfair burden in the crisis.

French President Emmanuel Macron said last week that 14 EU members had approved a plan to redistribute refugees rescued in the Mediterranean, and eight said they would actively take part.

The proposal drew Salvini's ire because it still involved allowing migrants to disembark on his country's territory.

He said the agreement underscored a demand that Italy "continue to be the refugee camp of Europe."

"I have learned with sorrow the news of the dramatic shipwreck that happened in recent days in the Mediterranean where dozens of migrants including women and children have lost their lives," he said Sunday during his weekly Angelus address on St Peter's Square.

"I am renewing my call that the international community act swiftly and decisively to avoid that such tragedies repeat themselves and guarantee the safety and dignity of all."

Former Italian navy chief Giuseppe De Giorgi, who launched the Mare Nostrum maritime rescue plan in 2013, hailed the Gregoretti's crew who "despite all were committed to accomplishing with honor their duty as sailors to protect lives at sea."

In August 2018, more than 150 people were stranded on the Italian coastguard ship Diciotti for over a week before an agreement between the Italian church, Albania and Ireland allowed them to disembark.