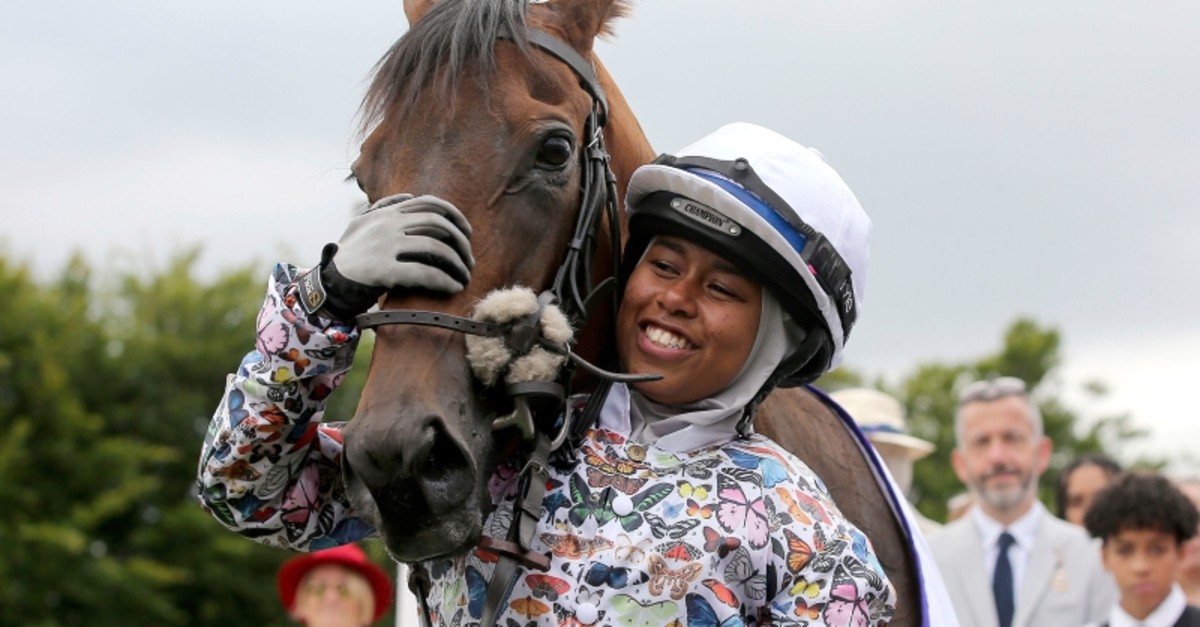 A teenager made history as the first British jockey to compete in a major event wearing a headscarf on Thursday, winning a "fairytale" victory at the famed Goodwood racecourse.

Khadijah Mellah beamed and shared a high-five with another rider after crossing the finish line on her horse Haverland ahead of 11 other female jockeys.

The 18-year-old from a deprived south London neighborhood had never sat on a racehorse until April and Goodwood described her victory in the Magnolia Cup, a charity race for non-professional jockeys, as a "fairytale win".

Mellah, who competed against riders including former Olympic cyclist Victoria Pendleton and presenter Vogue Williams, said before the race it was "crazy" that she was the first female Muslim jockey in British competitive horse racing.

"There's quite a stereotype around Muslim girls and them 'not being able to follow their sporting passions and dreams'," she said in a statement.

"I am thrilled that I am part of a shift in social understanding of what women can achieve and what they can be good at."

Many Muslim women cover their heads in public with a headscarf, as a sign of modesty.

Her preparation to take part in the high-profile race was captured in a documentary called "Riding a Dream" which will be broadcast in autumn.

Mellah, who will start university in autumn, said she had "a couple of sleepless nights" as she prepared for the race.

"I want to be a role model to anyone who wants to do something that they wouldn't initially believe was in their comfort zone and allow people to follow their aspirations," she said.

The British-based Muslim Women's Sports Foundation said it was "worrying" it had taken so long to reach the milestone, but Mellah was blazing a trail for others.

"It's important because we need role models for young Muslim girls especially," spokeswoman Anira Khokhar told the Thomson Reuters Foundation. "When you have people like Khadijah ... it's phenomenal - it shows there are no barriers and there are no boundaries."