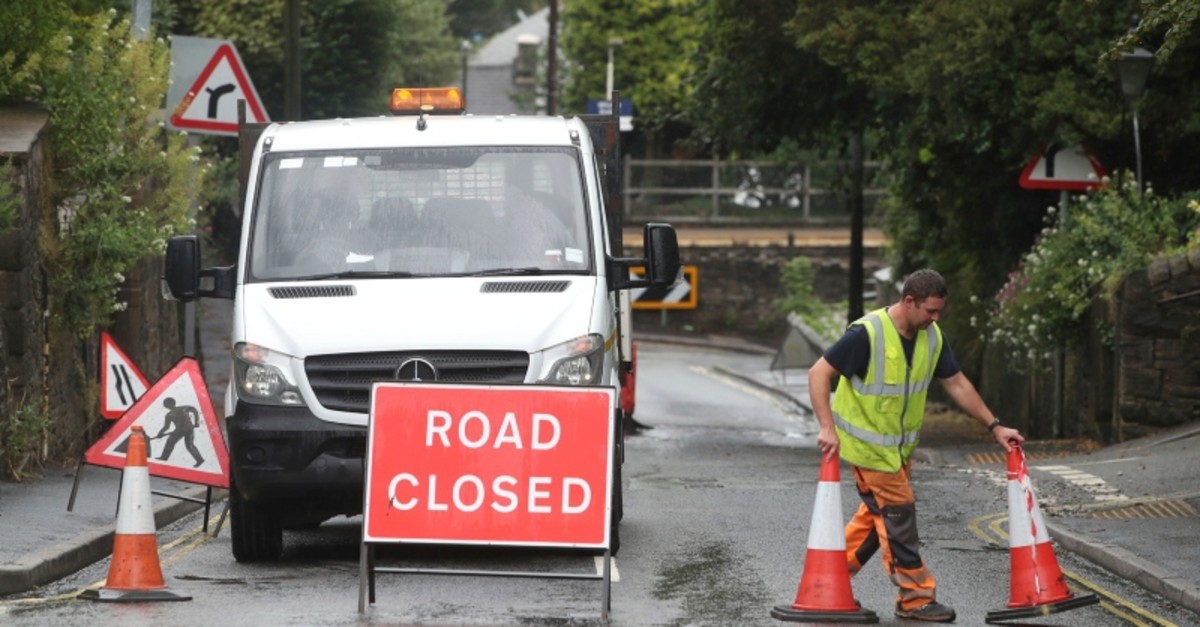 British police ordered the evacuation of a town of 6,500 people in northwest England on Thursday over fears that a rain-damaged dam could collapse.

The Derbyshire Police force said residents of Whaley Bridge should leave their homes immediately because of the "significant threat to life."

It said a dam wall at the 19th-century Toddbrook Reservoir above the town had been damaged by days of heavy rain.

Police officers went door to door in Whaley Bridge telling people to leave and head to a school a few miles (kilometers) away. Residents of the town, located 175 miles (280 kilometers) northwest of London, were advised to stay with friends and family elsewhere if possible, and to take pets and several days' worth of any essential medications with them.

"This is not a decision that has been taken lightly and we appreciate that there is a significant impact on this community, however this is an unprecedented, fast-moving emergency situation," police tweeted.

A heat wave last week has been followed by heavy rains in many parts of the U.K., causing flash flooding that has inundated homes, roads and train lines across northern England.

Whaley Bridge resident Anna Aspinall said engineers had told residents that a dam wall "is at high risk of failing."

"We are praying (it) holds whilst the Canal and River Trust try to drain the water from the reservoir," she said.

Paul Nash, who was evacuated with his partner and their cat, said police had given them no indication of how long they need to away from home.

"If the whole dam goes, it's going to cause absolute chaos," he said. "Probably the village will go, because it (the River Goyt) goes straight through."