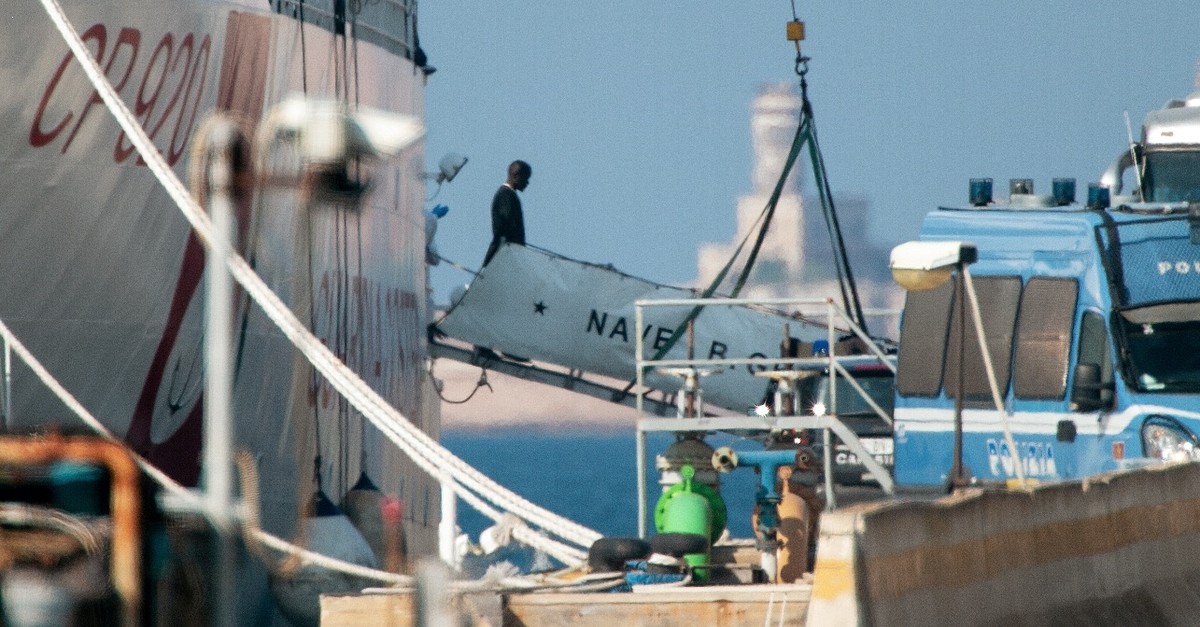 As Europe ties itself into knots over mere handfuls of irregular migrants, countries lying outside ‘fortress Europa' have managed to integrate millions of people; perhaps it's time for Europe's statesman to seek some assistance of their own

Another burden-sharing deal between EU countries has taken almost a week to decide on the future of 115 migrants stranded on a coast guard ship off the Italian coast. Only days after disregarding the humanitarian situation for the 115 migrants stranded on the ship off the Italian coast, EU countries finally decided how they were to be distributed in the bloc. As part of the burden-sharing process, France decided to take 30 "refugees and not economic migrants," while Ireland said it will take in just two of the 115 people. However, no details were given on the quotas of other countries, including Germany, Portugal and Luxembourg. The latest standoff about migrants rescued from the Mediterranean has taken almost a week to resolve, revealing the limits of EU tolerance and its inherent deficiencies to promptly resolve a dire situation. They get caught up in intra-EU struggles on what to do with migrants saved at sea, while effectively dashing their European dreams. Last Thursday, some 140 migrants, who had set off from Libya in two rickety boats, were picked up by Italian patrols and transferred to the Gregoretti, a research and rescue vessel.

Several migrants aboard the Gregoretti have already been evacuated for medical attention, including a seven-month pregnant woman, her two children and her partner. However, Italy's far-right Interior Minister Matteo Salvini has reiterated that the remaining migrants would not be able to leave the vessel until other European countries agree to take them in.

Due to the lack of a common response to migration inflows from northern Africa via the Mediterranean, migrants have been facing the same unwelcoming approach from EU countries. The standoff was set to repeat itself, with Salvini on Wednesday formally banning the Alan Kurdi, a rescue ship run by German charity Sea-Eye, from entering Italian waters after plucking 40 West African migrants from the waters off Libya. Last year, numerous migrants were in a similar situation after Italian Interior Minister Salvini refused to allow them to disembark, creating another, but similar, standoff with the EU. In August 2018, more than 150 people were stranded on the Italian coast guard ship Diciotti for over a week before an agreement between the Catholic Church, Albania and Ireland allowed them to disembark.

Since June 2018, when Italy's populist government took office and started turning away nongovernmental organization (NGO) rescue ships, migrants saved at sea have repeatedly been trapped in intra-EU disputes about where they should be allowed to land. Italy, as one the frontline countries, continue to protest the lack of support from the EU in facing migratory inflows via the Mediterranean. Salvini, also the deputy prime minister, has taken a hard line against migrants rescued at sea being brought to Italy, which he says bears an unfair burden in the crisis. Italy, along with Malta, Greece and Spain, has handled the lion's share of migrants arriving in the EU via the Mediterranean in recent years, a state of affairs that these countries deem unacceptable.

Amid a divided response to the Mediterranean migrant rescue crisis, EU countries have long failed to create a more permanent EU redistribution arrangement to prevent migrant tragedies at sea. The Mediterranean Sea continues to be a deadly route, as six people died every day while attempting to reach European shores in 2018. In its report, "Desperate Journeys," the U.N. refugee agency said, "An estimated 2,275 people died or went missing crossing the Mediterranean in 2018, despite a major drop in the number of arrivals reaching European shores." The death rate among migrants crossing the sea from Libya to Italy or Malta more than doubled last year as naval search and rescue missions were reduced.