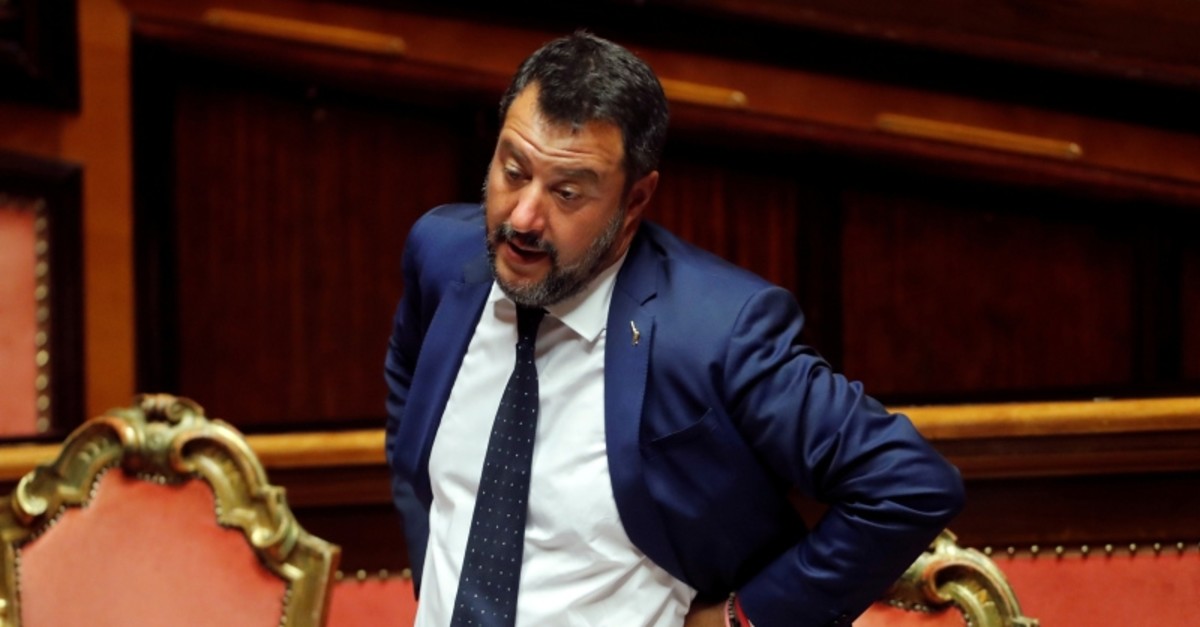 Prime Minister Giuseppe Conte held separate talks with the country's president Sergio Mattarella and with Salvini, who has called for several ministers to quit over policy disputes.

Salvini called Thursday for elections to be held as soon as possible after his League party raised pressure on its coalition partners by issuing a statement urging a snap ballot.

"Let's go straight to parliament to say there is no longer a majority ... and quickly go back to the voters," he said.

He said parliament could be convened next week to carry out the necessary procedural steps.

Here are three broad scenarios for what could happen next:

The opposition has called on the government to resign, arguing it no longer has a workable majority in parliament after Di Maio voted against the Lyon-Turin rail project.

Italian media reported that Salvini, in earlier talks with Conte, set conditions for staying in the coalition -- including the resignation of the transport, defence and economy ministers, who have resisted his projects and policies.

A gentler reshuffle was seen as possible, however. Salvini himself has refrained from publicly attacking Di Maio over his opposition to the rail project, which involves a 8.6-billion-euro ($9.8-billion) tunnel through the Alps.

If the government collapses and opposition parties can come up with no workable alternative, a snap election could be called for October to reconstitute parliament.

"The League and M5S have been diverging in their vision for too long, on matters that are fundamental for the country," the League said in its statement on Thursday.

"This government's only option is to let Italians have their say" by calling elections, it added.

Opinion polls indicate Salvini's League party would win the election and could govern in alliance with another, smaller far-right party, Fratelli d'Italia.

President Sergio Mattarella has insisted there must be a government in place to finalize the budget, a first draft of which has be submitted to EU authorities by the end of September.

To that end, the president could name a government of technocrats and push the elections back to February or March.

The government is struggling to rein in its public deficit and its mammoth debt mountain of more than 2.3 trillion euros.