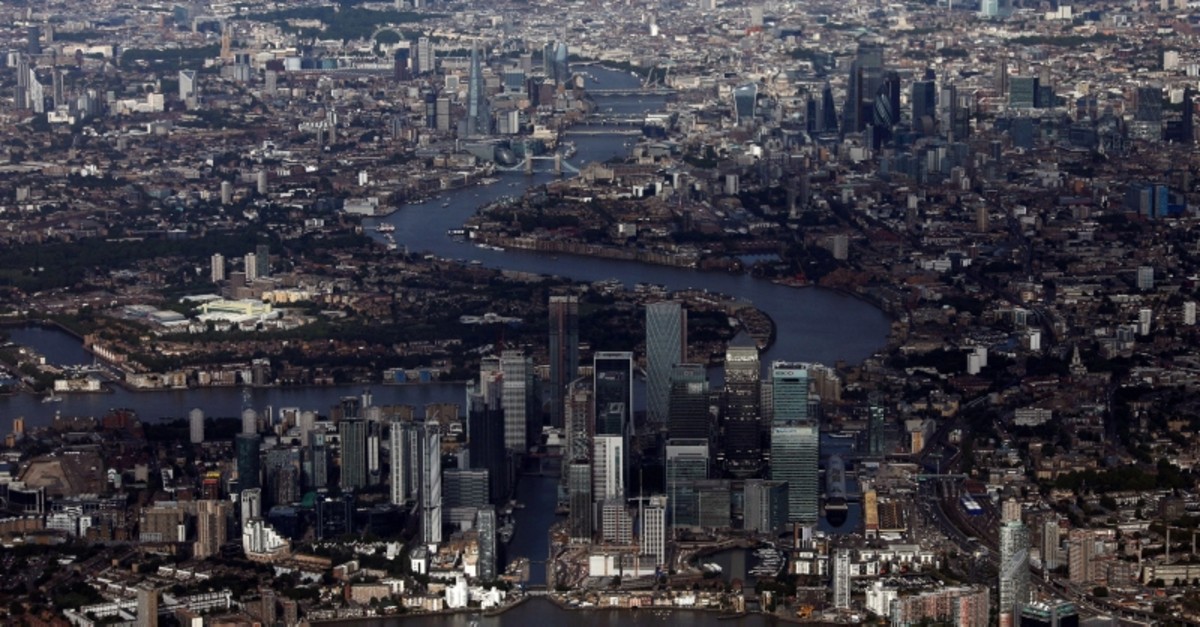 Canary Wharf and the City of London financial district are seen from an aerial view in London, Britain, August 8, 2019. (Reuters Photo)
by Daily Sabah with Reuters Aug 09, 2019 8:11 pm

Parts of London, the southeast of England and Wales have been hit by a large-scale power cut, meaning some traffic lights are not working, according to Transport for London (TfL).

"Please be very cautious on the roads!" TfL said on Twitter.

The problem is reportedly caused by a National Grid failure.

"We're aware of a power cut affecting large parts of London and South East. We believe this is due to a failure on National Grid's network, which is affecting our customers," UK Power Networks said in a tweet.

"We are currently experiencing a major incident on the national electricity infrastructure. We are in the process of restoring customers now and will provide further updates as soon as possible for specific areas. We are sorry for the inconvenience this is causing," Western Power Distribution (WPD), another electricity distribution operator said in a statement.