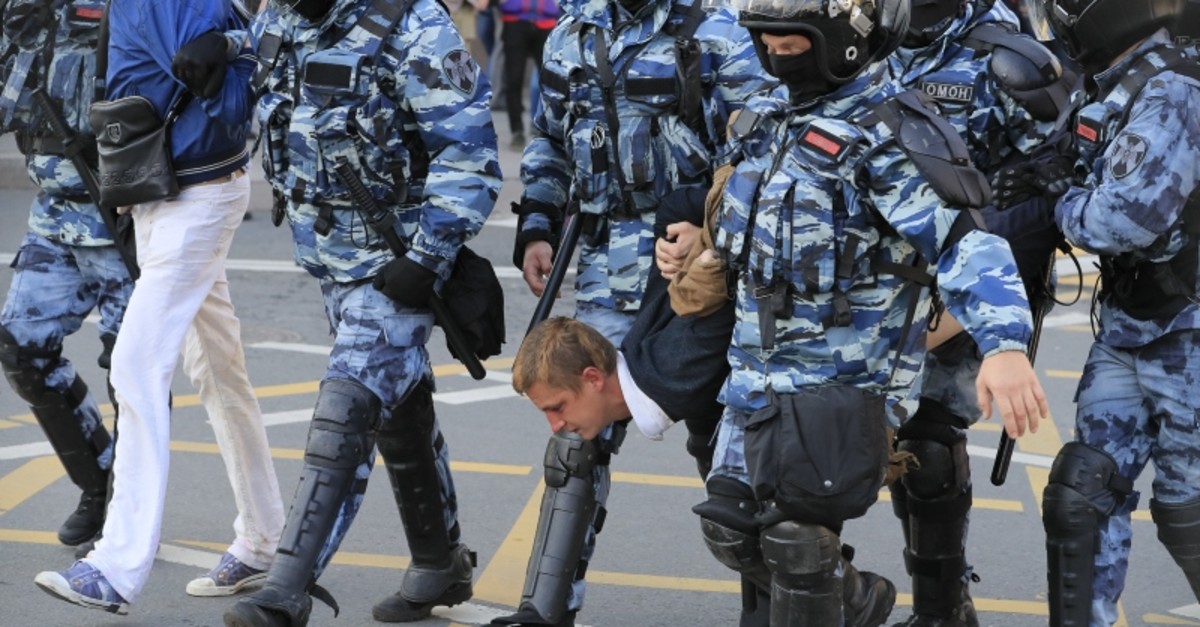 Russian riot police on Saturday detained at least 162 opposition supporters near the offices of the administration of Vladimir Putin in central Moscow.

Police and national guards in riot gear seized protesters from the streets following a major authorized rally with almost 50,000 estimated participants. One of the speakers at the rally, an ally of opposition leader Alexei Navalny, urged the protesters to proceed to the offices of the president's staff.