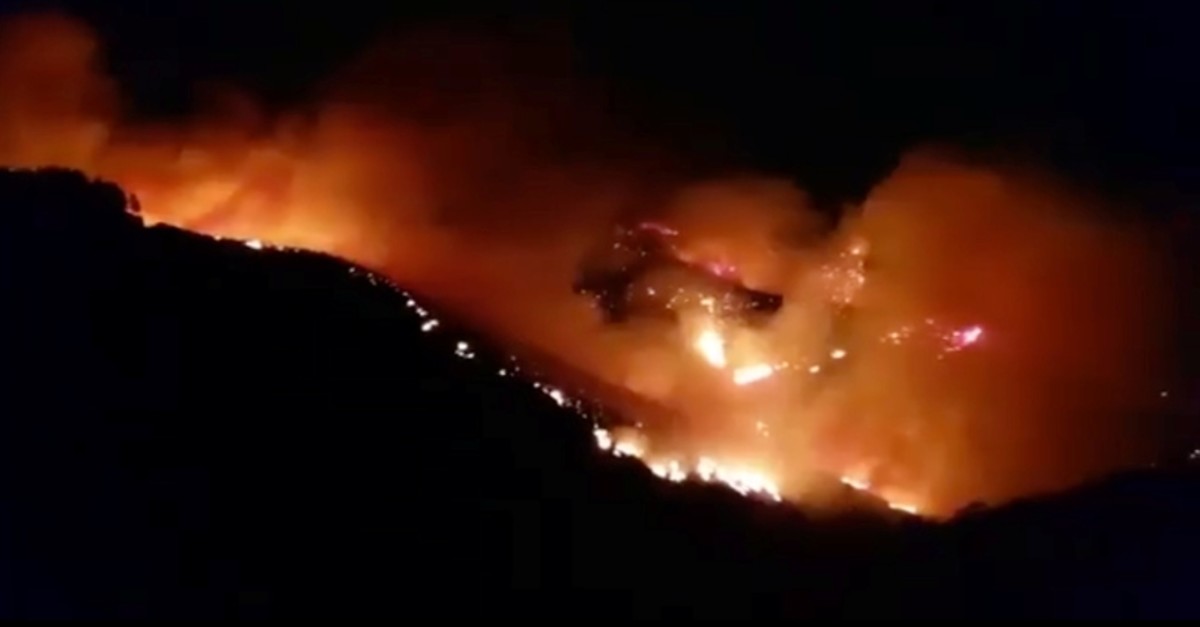 A wildfire burns in this still image obtained from social media video between Juncalillo and Pinos de Galdar, on Gran Canaria, Canary Islands, Spain in the early hours of August 11, 2019. (Reuters Photo)
by Compiled from Wire Services Aug 11, 2019 3:54 pm

Spanish authorities say a wildfire on the Gran Canaria of Canary Islands has burned 1,000 hectares (2,470 acres) and has forced the evacuation of 1,000 residents.

The regional government of the Canary Islands said Sunday that 200 firefighters and 10 water-dumping aircraft are working to combat the blaze that started on Saturday for reasons still unknown. Spain's military emergency unit that specializes in fighting fires has also deployed to the area.

It is possible that a 55-year-old man set the fire off during welding, the newspaper La Vanguardia quoted the authorities as saying. The man was being questioned by the Guardia Civil.

Spanish state broadcaster RTVE says the evacuations were a precaution and no homes have been burned. Televised images have showed a bright fire line consuming the hillside overnight near a town.

The thick smoke was also visible on the neighboring island of Tenerife.

The Canary Islands are in the Atlantic Ocean off the western coast of Africa.