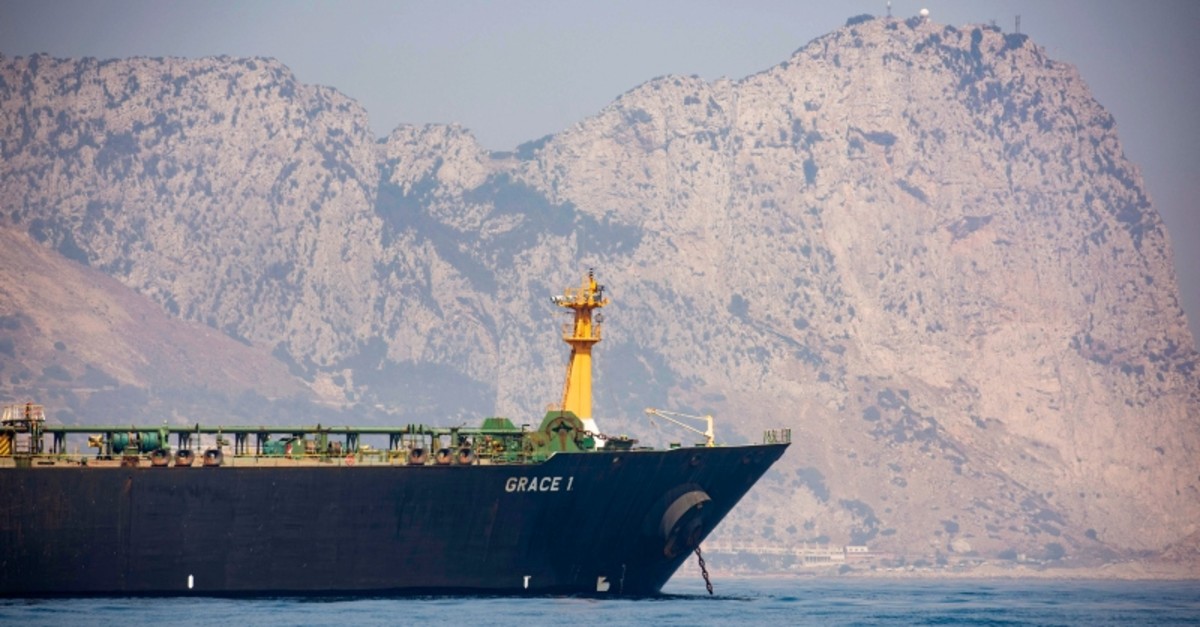 A view of the Grace 1 supertanker is seen backdropped by Gibraltar's Rock, as it stands at anchor in the British territory of Gibraltar, Thursday, Aug. 15, 2019, seized last month in a British Royal Navy operation off Gibraltar. (AP Photo)
by Aug 15, 2019 5:37 pm

Gibraltar has released the Iranian tanker Grace 1, according to the Gibraltar Chronicle.

"Authorities in Gibraltar have released the Iranian supertanker Grace 1, which was seized on July 4 on suspicion it was shipping 2.1 million barrels of crude oil to Syria in breach of EU sanctions," the newspaper said.

The chief justice of Gibraltar's supreme court, Anthony Dudley, said there was no U.S. application currently before the court.

Dudley said that since Iran had guaranteed in writing that the Grace 1 "was never destined to an EU sanctioned entity... there are no longer reasonable grounds to suspect that the detention of the Vessel is required."

The British overseas territory's Chief Minister Fabian Picardo has decided to lift the detention order and allow the vessel to sail.

Gibraltar government has received formal written assurances from the Iranian government that the ship will not discharge its cargo in Syria, Chronicle reported.

"The U.S. Department of Justice has applied to seize the Grace 1 on a number of allegations, which are now being considered," the Gibraltar government previously said in a statement.

Britain's Foreign Office had said in a statement that the "investigations conducted around the Grace 1 are a matter for the government of Gibraltar" and that it couldn't comment further.

The Iranian ambassador in London accused the United States of desperately trying to stop the authorities in Gibraltar from releasing the Grace 1 Iranian oil tanker, saying the American effort had been defeated.

"America desperately tried to block the release of the tanker at the last minute, but faced a miserable defeat," the ambassador, Hamid Baeidinejad, said in a tweet in Farsi.

"All preparations are done for the tanker to sail into open waters, and the vessel will soon leave Gibraltar."

The Grace 1, carrying 2.1 million barrels of Iranian crude, was seized last month in a British Royal Navy operation off Gibraltar. The vessel was suspected of violating European Union sanctions on oil shipments to Syria, and its seizure deepened tensions in the Persian Gulf. Iran called the seizure by Gibraltar an "act of piracy."

After the Grace 1 was impounded, Iran responded by seizing the British-flagged Stena Impero and the Panama-flagged MT Riah in the Strait of Hormuz, a strategically important shipping route to and from the oil-rich Gulf region.