Human tragedy on European shores as over 500 migrants await help 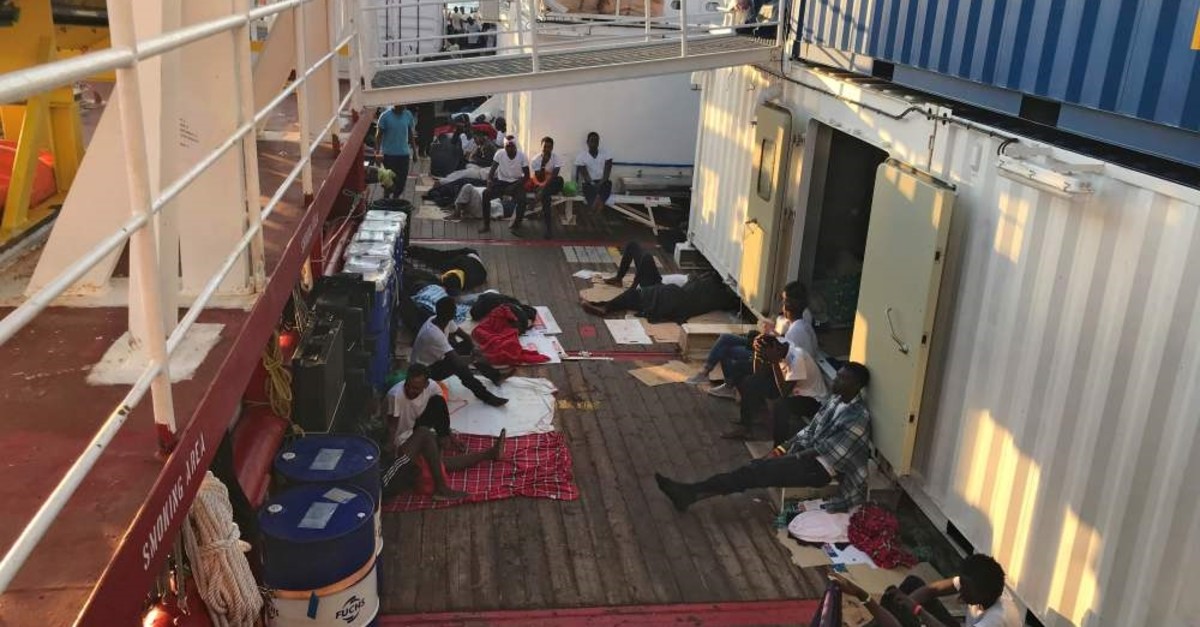 More than 500 migrants bound for Europe have been kept at sea for days in miserable conditions, underscoring the EU's ongoing failure to address an escalating humanitarian crisis on its shores

Two rescue vessels carrying more than 500 migrants have been in limbo for days, as EU countries bicker over who should take responsibility for them, while ignoring the escalating humanitarian crisis at their doorstep.

A ship operated by a Spanish charity with 147 migrants onboard has been stranded in the Mediterranean for nearly two weeks as Italy and Malta refuse to allow migrant boats to dock at their ports. A family with a baby was allowed to disembark in Italy late Tuesday, but the rest remain on board the Open Arms vessel. About 356 migrants have been on another Norwegian-flagged rescue ship, Ocean Viking.

The people rescued while attempting to cross the Mediterranean Sea from North Africa are on ships chartered by humanitarian aid groups that the Italian government has banned from its territory. The archipelago nation of Malta also has refused to let the ships into that country's ports. Spain on Tuesday dismissed a request from the ship's captain to take in the 31 minors on board the Open Arms, arguing that he did not have the legal authority to make an asylum request for them.

The U.N. refugee agency urgently appealed to European governments Tuesday to let two migrant rescue ships disembark more than 500 passengers who remain stranded at sea. "This is a race against time," Vincent Cochetel, the International Red Cross special envoy for the central Mediterranean, said in a statement. "Storms are coming, and conditions are only going to get worse."

Fights may break out at any moment among migrants stranded on a rescue ship off the coast of Italy, the founder of a Spanish charity which operates the boat warned yesterday. "We could have a fight within a half-hour with a serious injury, or worse, someone could die on board due to violence," Proactiva Open Arms founder Oscar Camps told Spanish radio station Cadena Ser. "It would be a tragedy, it would be unforgivable." Many of the migrants, mainly from Africa, are suffering from "very high levels of post-traumatic stress" and anxiety over their future. They must share just two bathrooms and a living space of only 180 square meters, Camps said. "There are arguments over a spot in the shade, over a spot in the sun, arguments over food, arguments over the queue to use the bathroom," he said. Weather conditions, which have worsened in recent days with high waves, have increased tensions since many passengers suffer from seasickness and are vomiting, Camps said.

The limbo that the Open Arms and Ocean Viking fins themselves in is the latest in a string of standoffs that has kept Europe-bound migrants at sea in miserable conditions. A recent burden-sharing deal between EU countries earlier this month took almost a week to decide on the future of 115 migrants stranded on a coastguard ship off the Italian coast. It also reveals the limits of the EU's tolerance and its inherent deficiencies to promptly resolve a dire situation. Instead, they get caught up in intra-EU struggles on what to do with migrants saved at sea.

Amid a divided response to the Mediterranean migrant rescue crisis, EU countries have long failed to create a more permanent EU redistribution arrangement to prevent migrant tragedies at sea. The Mediterranean Sea continues to be a deadly route, as six people died every day while attempting to reach European shores in 2018. In its report "Desperate Journeys," the U.N. refugee agency said, "An estimated 2,275 people died or went missing crossing the Mediterranean in 2018, despite a major drop in the number of arrivals reaching European shores." The death rate among migrants crossing the sea from Libya to Italy or Malta more than doubled last year as naval search and rescue missions were reduced.