8,000 evacuated in Canary Islands as wildifre grows out of control 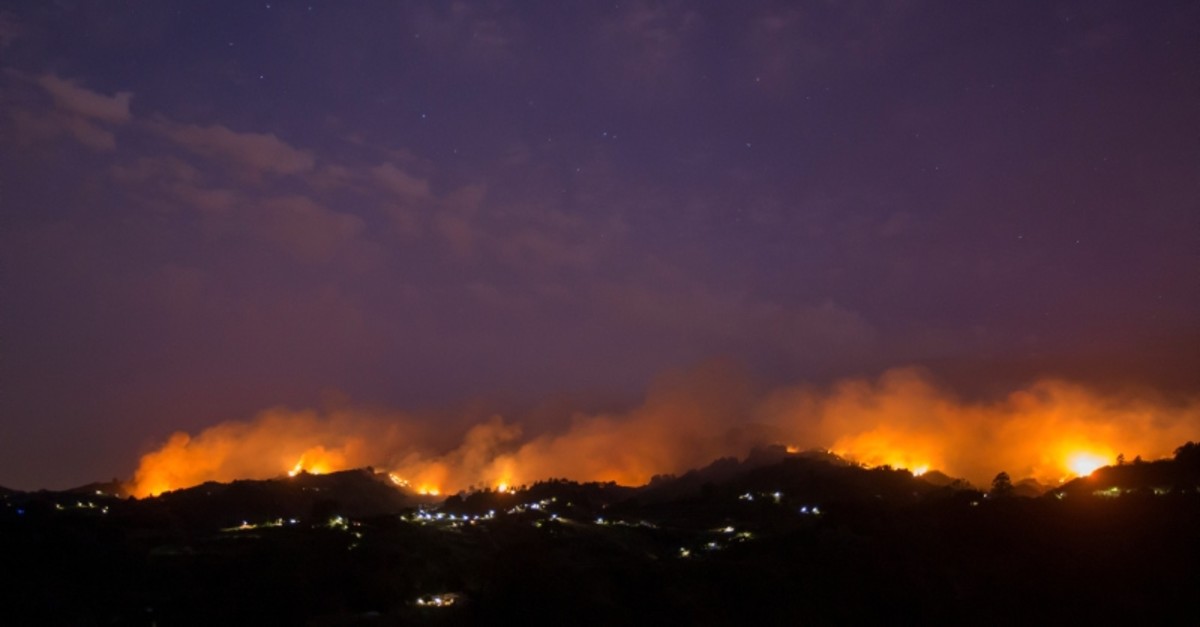 Flames and smoke from a forest fire are seen in the village of Moya, in the Canary Island of Gran Canaria, Spain, August 18, 2019. (Reuters Photo)
by Associated Press
Aug 19, 2019 3:57 pm
An out-of-control wildfire in Spain's Canary Islands was throwing flames 50 meters (160 feet) into the air on Monday, forcing emergency workers to evacuate more than 8,000 people, authorities said.

The blaze was racing across parched woodlands into Tamadaba Natural Park, regarded as one of the jewels on Gran Canaria, a mountainous volcanic island in the Atlantic Ocean archipelago off northwest Africa.

Famous for its beaches and mountains, Gran Canaria and its capital, Las Palmas, are popular European vacation destinations but the blaze was inland and no hotels were reported evacuated.

Canary Islands President Ángel Víctor Torres said 1,100 firefighters were being deployed Monday along with 14 water-dropping aircraft to battle the blaze that started Saturday afternoon. The local government said around 6,000 hectares (14,800 acres) had been charred in just 48 hours, villages were evacuated and two dozen roads were closed.

Wildfires are common in southern Europe during the parched summer months but changing habits and lifestyles have made woodlands more vulnerable, experts say.

Gran Canaria emergency chief Frederico Grillo said recent blazes now are much worse — "nothing like those we used to have" — when families worked in the countryside and forests were kept more orderly, private news agency Europa Press reported.

He said if the island's entire annual budget was used for forest fire prevention, it would still only be possible to clear brush from 30% of its woodlands and there would still be large amounts of inaccessible areas due to the island's steep mountains and deep ravines.