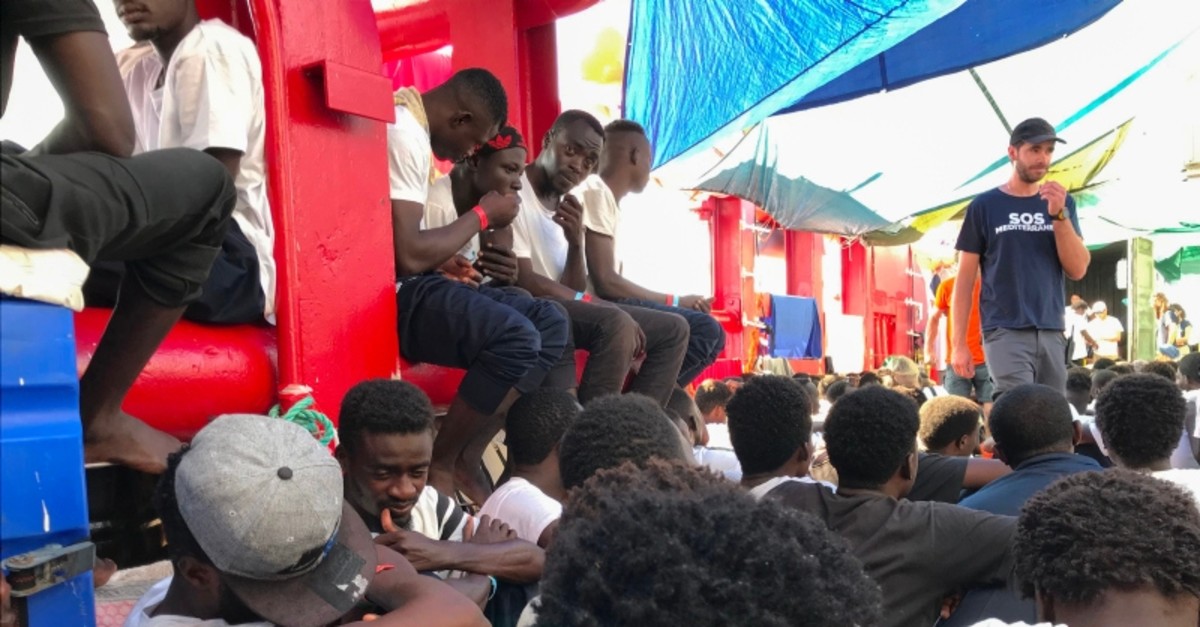 Malta's prime minister said on Friday that six EU countries had agreed to take in 356 migrants stranded on a rescue ship in the Mediterranean as charities warned food supplies onboard were running out.

The Norwegian-flagged Ocean Viking, run by charities MSF and SOS Mediterranee, has sought a port for almost two weeks after rescuing four boats of migrants off the Libyan coast between August 9 and 12.

Maltese navy boats will transfer the migrants from outside its territorial waters to land.

They will then be relocated to other member states, Joseph Muscat tweeted, listing destination countries as France, Germany, Ireland, Luxembourg, Portugal and Romania.

"None will remain in Malta," Muscat wrote, saying a deal was agreed after talks with the European Commission.

"Malta has agreed to be part of the solution in the Ocean Viking stalemate, which has 356 persons on board, without prejudice to its legal position," he said.

"Good news!" rescue operator Nicholas Romaniuk told AFP onboard the boat, while saying they did not know when the migrants would be transferred.

The French government said it would take in 150 of those aboard.

"After 14 days of unnecessary suffering, all 356 people onboard #OceanViking will finally disembark," MSF Sea tweeted.

"While some EU States finally stepped up with a humane response to this humanitarian disaster in the Med, a predictable disembarkation mechanism is needed now!" it said.

The charity had on Friday warned that the boat was running low on supplies.

"We are left with four days of standard food rations," said an MSF spokeswoman on board, including Friday.

"After that it would be ad hoc, we wouldn't be able to administer everybody with the same rations. We will have to use left over stocks from the previous mission."

The 69-meter (220-foot) boat had been denied entry to dock by both Malta and Italy and was left drifting in international waters between Malta and Sicily.

It was the latest in a string of migrant boat standoffs.

Most of the 356 migrants on the Ocean Viking are adult men.

About two-thirds come from Sudan, with others from Ivory Coast, Mali and Senegal.

Four women and five young children, aged one to six, are also aboard.

Almost a hundred are under the age of 18.

Many were rescued from Libyan waters suffering from severe dehydration and sometimes borderline malnutrition, the boat's medical team has said.

MSF tries to ensure those rescued eat at least one hot dish a day, as well as providing cereal bars, protein biscuits and tea.

With limited water, those aboard are restricted to three-minute showers twice per week.