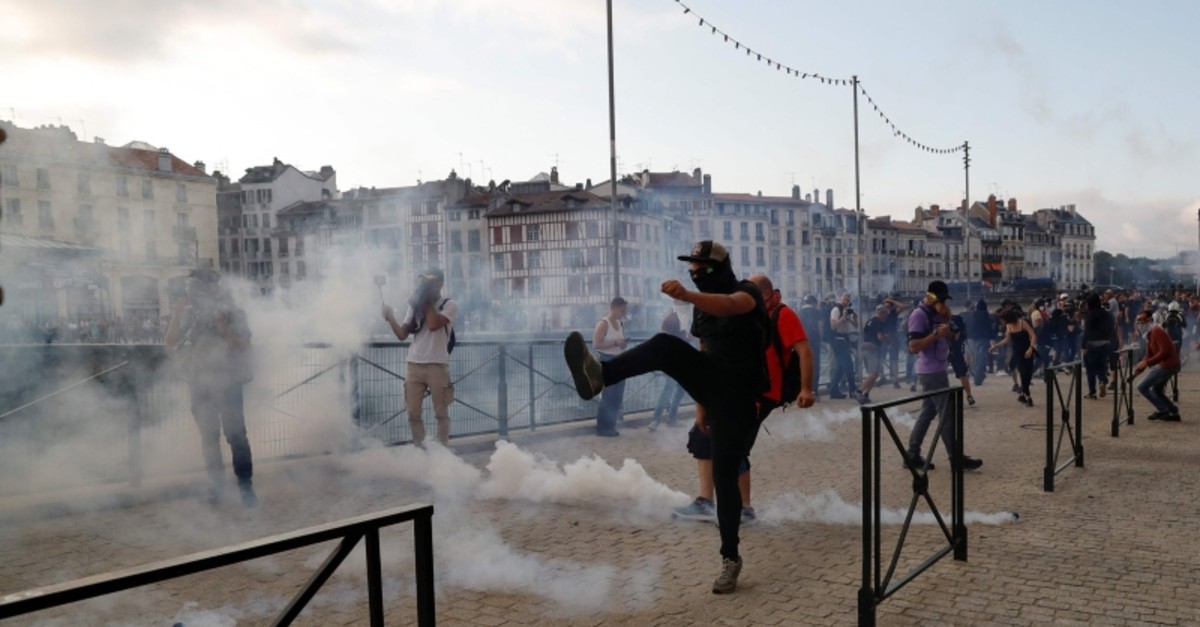 Clashes broke out on Saturday between several hundred protesters and security forces near the location of the G7 summit in Biarritz, southern France.

Protesters threw stones at police who were blocking access to a bridge in the neighboring town of Bayonne, a dpa reporter observed. Police responded with tear gas and water cannon.

The incident came soon after the summit between leaders of major Western powers and Japan kicked off. A larger protest passed off peacefully earlier in the day, with organizers claiming 15,000 people had taken part.

The organizers of the main protest, who also held a counter-summit over several days with lectures and workshops, argue that while French President Emmanuel Macron says he wants to tackle inequality at the G7, growing inequality is really due to "neoliberal" policies implemented by the leaders of wealthy countries.

French authorities have barred access to much of Biarritz except to residents and local workers for the duration of the three-day summit.

Some 13,200 police and gendarmes have been drafted into the Atlantic resort, along with extra prosecutors, and Interior Minister Christophe Castaner has warned that no trouble will be tolerated.