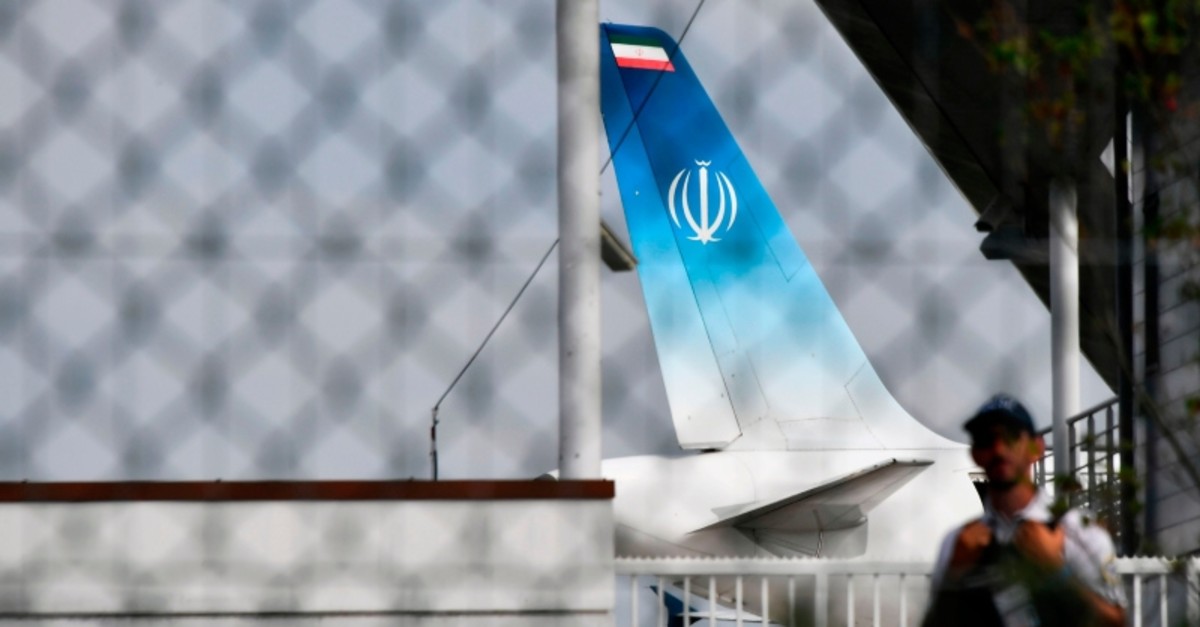 The airplane which carried Iran's Foreign Minister Mohammad Javad Zarif stands on the tarmac at the airport of the French seaside resort of Biarritz, southwest France, on August 25, 2019, on the second day of the G-7 annual summit. (AFP Photo)
by Compiled from Wire Services Aug 25, 2019 5:32 pm

Flight tracking website flightradar24.com showed an Iranian Airbus A321 government jet landed at Biarritz's airport, which has been closed for the duration of the summit from Saturday to Monday.

Iranian Foreign Ministry spokesman Abbas Mousavi also said on Twitter that no talks were planned with the U.S. delegation in Biarritz. The French Foreign Ministry had invited Zarif, he added.

Asked to comment on reports that Zarif had landed in Biarritz, U.S. President Donald Trump said: "No comment."

The office of French President Emmanuel Macron, who is hosting the G7 summit, declined to comment as did the French foreign ministry.

Macron and his Iranian counterpart Hassan Rouhani have held a series of phone calls in recent weeks aimed at de-escalating tensions between Tehran and Washington.

A senior French official told the Associated Press that France invited Zarif to try to ease tensions over its nuclear program.

The official said the decision to invite Zarif on Sunday came after the G-7 leaders including Trump gathered for dinner Saturday night.

Asked whether the White House was aware of the visit, the French official said "we operate on our own terms" but noted that Macron and Trump met for two hours yesterday and discussed Iran at length, as well as at the group dinner with other leaders.

The French official, who was not authorized to be named publicly, said that France considers it important to check in with Zarif to continue to bring positions closer together and de-escalate tensions.

Zarif will hold talks with his French counterpart Jean-Yves Le Drian but "no meeting is expected at this stage with the Americans," French officials told Agence France-Press (AFP).

European leaders have struggled to calm a deepening confrontation between Iran and the United States since Trump pulled his country out of Iran's internationally brokered 2015 nuclear deal and reimposed sanctions on the Iranian economy.

Earlier on Sunday at the G7 summit, Trump appeared to brush aside French efforts to mediate with Iran, saying that while he was happy for Paris to reach out to Tehran to defuse tensions he would carry on with his own initiatives.

France said G7 leaders had agreed that Macron should hold talks and pass on messages to Iran. However, Trump, who has pushed a maximum pressure policy on Iran, distanced himself from the proposal, saying he had not even discussed it.