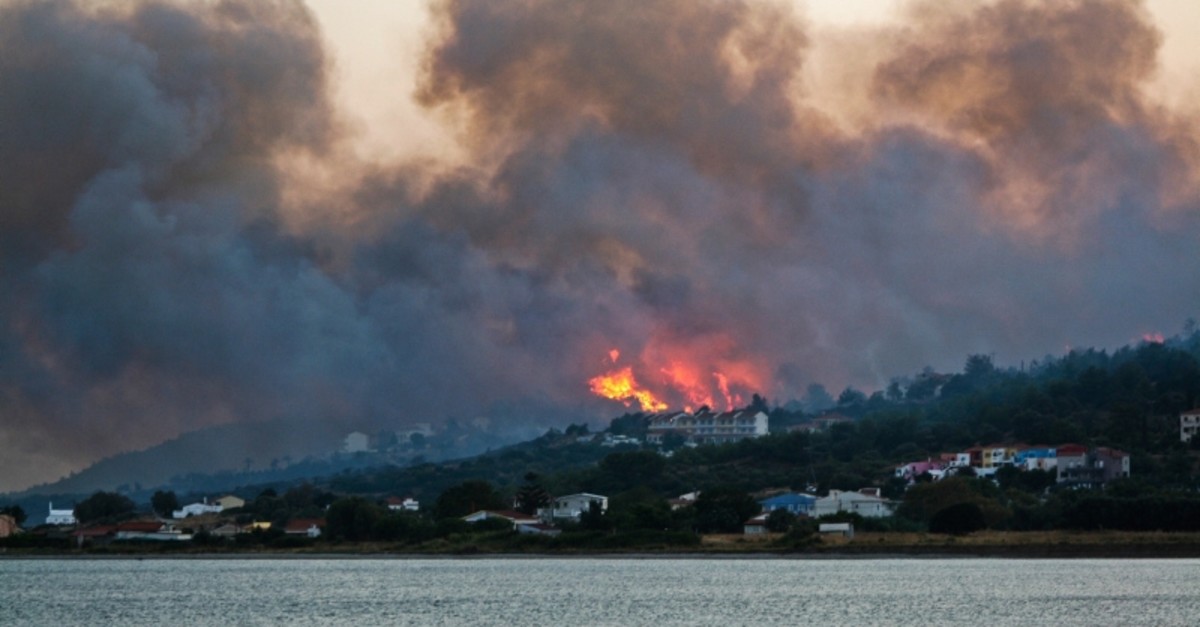 In this Saturday, Aug. 24, 2019 photo shows a wildfire burns a forrest near Pythagorio town on the eastern Greek island of Samos. (AP Photo)
by Compiled from Wire Services Aug 25, 2019 2:51 pm

Hundreds of tourists were evacuated from hotels and beaches on the Greek island of Samos where a wildfire broke out Saturday, officials said.

Nearly 70 firefighters and 13 engines were battling the fire in the east of the Aegean island, the fire department said.

The local mayor said around 1,000 people had been evacuated to the nearby town of Pythagoreio from several hotels.

"It's not a very large front, but it is located near hotels," Samos mayor Christodoulos Sevastakis told Greek broadcaster SKAI TV.

"Pythagoreio is not in danger," he added.

"Now all holidaymakers are back again in their accommodation," Sevastakis told SKAI later on Sunday.

The smoke was visible from neighboring Turkey, separated by an only 1.6 kilometer-wide (1 mile) strait.

Over 50 fires have broken out nationwide over the last 24 hours, fanned by gale-force winds, the fire department said.

The General Secretariat for Civil Protection said on Sunday the country was still on high alert after the fires broke out on the historic Peloponnese peninsula, on the island of Corfu and on the mainland.

The civil protection authority had raised Greece's alert level to its second-highest level for the weekend wildfires.

In July 2018, over 100 people lost their lives in devastating wildfires outside the capital Athens.

Fires are frequently caused by members of the public ignoring safety rules, for example by throwing away lit cigarettes, barbequing outdoors, or burning garden refuse, which is banned in the summer months.