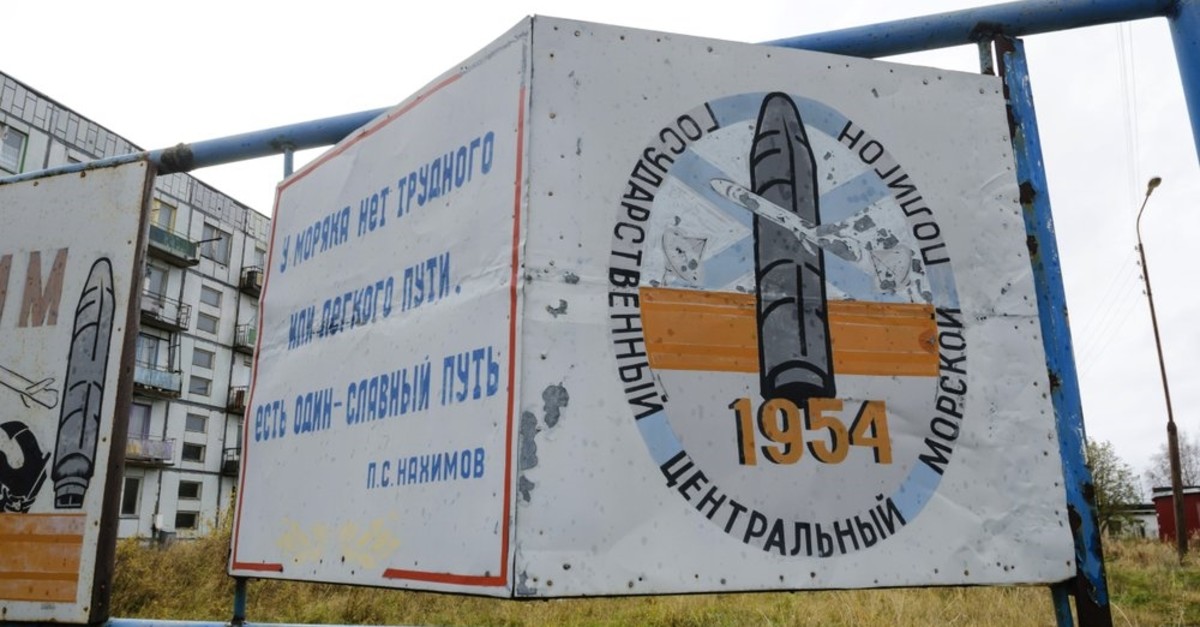 This photo taken on Oct. 7, 2018, shows a billboard that reads ,The State Central Navy Testing Range, near residential buildings in the village of Nyonoksa, northwestern Russia. (AP Photo)
by Aug 26, 2019 11:33 am

Russia's state weather agency said on Monday it had found the radioactive isotopes of strontium, barium and lanthanum in test samples after a mysterious accident during a test at a military site earlier this month.

The deadly accident on Aug. 8 caused a brief rise in radiation levels in the nearby city of Severodvinsk. President Vladimir Putin later said the mishap occurred during testing of what he called promising new weapons systems.

A cloud of inert radioactive gases formed as a result of a decay of the isotopes and caused the brief spike in radiation in Severodvinsk, the weather agency said in a statement.

Russia's state nuclear agency has said five of its staff members were killed and three injured in a blast during a rocket test on a sea platform that involved "isotope power sources".

Norway's nuclear test-ban monitor said on Friday that the explosion that killed the scientists was followed by a second blast two hours later and that this was the likely source of a spike in radiation.

The second explosion was probably from an airborne rocket powered by radioactive fuel, the Norsar agency said - though the governor of Russia's Arkhangelsk region, where the blast took place, dismissed reports of another blast.