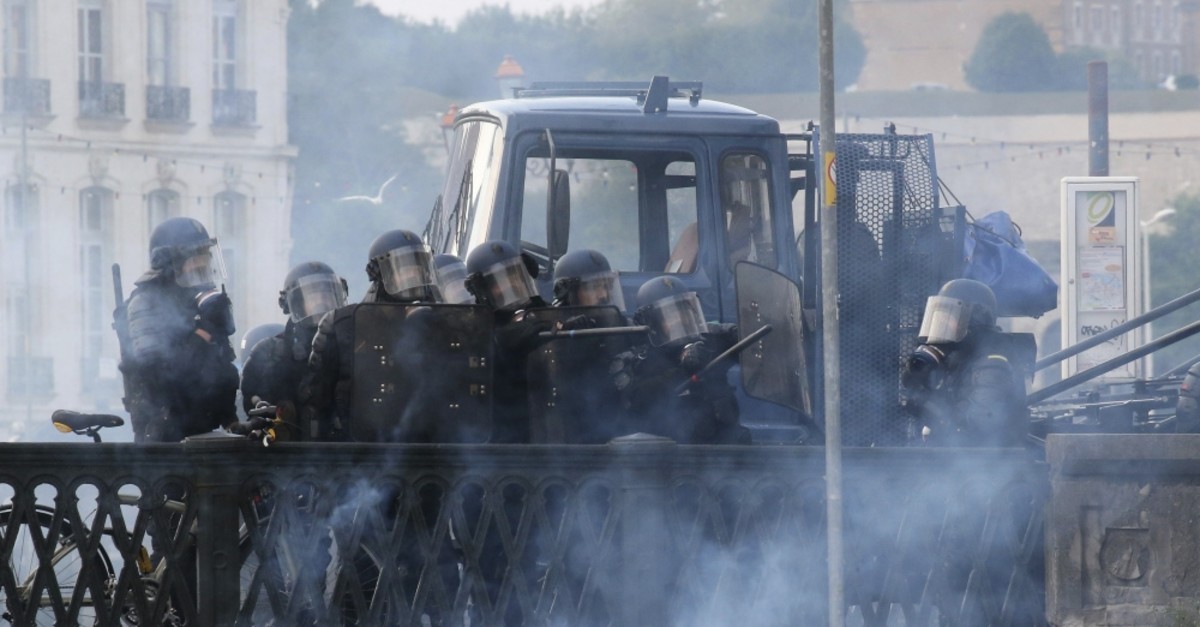 Police and yellow vest protesters clashed during the G7 summit, turning the French streets into a scene of violence with at least 68 arrested

France became a scene of violence over the weekend as anti-G7 protesters and yellow vests clashed with police while the leaders from the world's seven leading industrialized nations gathered for the summit.

French riot police used tear gas and water cannons to break up protesters in the southern city of Bayonne on Saturday and arrested at least 68 demonstrators in chaotic scenes.

More than 9,000 anti-G7 protesters took part in the largest protest on Saturday, a mass march over a bridge linking France and Spain that took place without incident. However, the atmosphere was more hostile in Bayonne, where hundreds of protesters chanting anti-capitalist slogans did not seem to follow a route, instead wandering the streets trying to find a way into the city center.

France deployed more than 13,000 police and gendarmes to secure the event amid fears of disturbances by radical anti-capitalist groups, anarchists or the yellow vest protesters. The activists, who also held a counter-summit with lectures and workshops, argue that while world leaders say the G7 should tackle inequality, the main cause of the problem is hard-line free-market policies implemented by the leaders of wealthy countries.

"I want to call for calm and for unity," French President Emmanuel Macron said in an address to the nation just before the opening of the summit, where world leaders were to address the Amazon crisis along with other global issues.

Tensions in the streets of the French capital remain high following months of demonstrations by the anti-Macron yellow vest protesters. The riots were among the worst violence the capital has experienced since the 1968 student uprising.

The response of Macron's government to the yellow vest protests has been seen as an escalation of state violence toward its citizens as the U.N. recently urged a French probe into the use of force during the protests, in which more than 300 people were injured by police violence.

According to Mediapart, one person was killed and 368 others injured after getting shot by tear gas capsules of French police during anti-government protests. The police violence left 21 people with eye injuries, 204 others with head injuries, as a consequence of the explosion of concussive grenades. Some 68 people sustained leg injuries while 41 others were wounded in the chest.