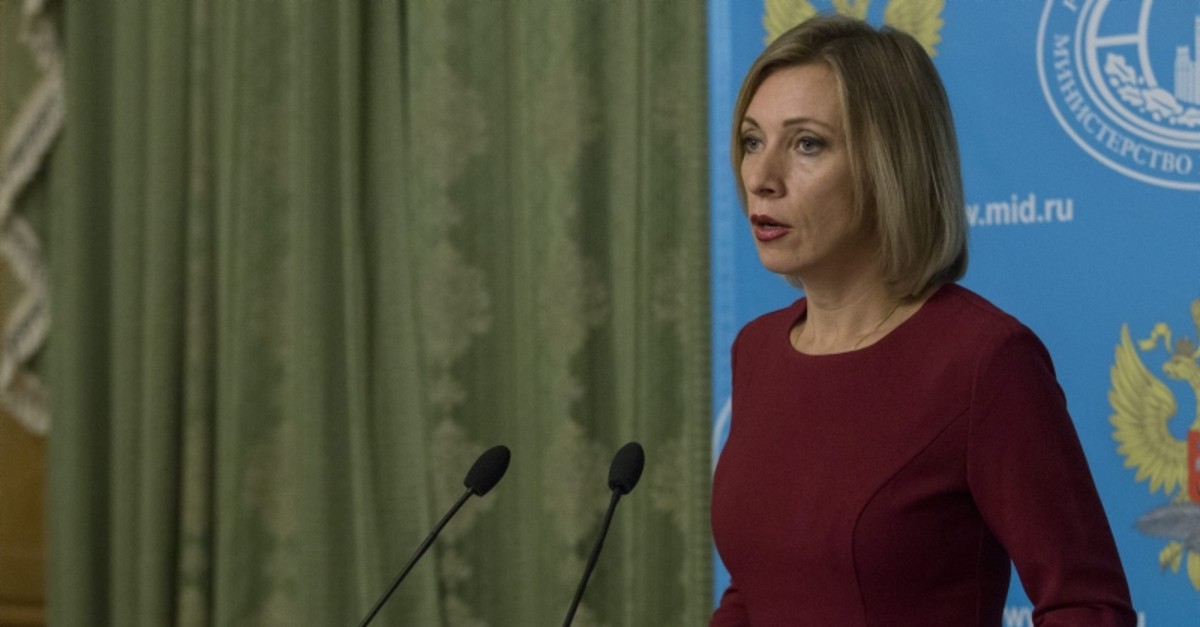 Russia accused two U.S. senators on Wednesday of spreading disinformation after they said they were denied visas to visit the country.

"In a preliminary order, the American side raised the question of the possible visit by a group of legislators from the United States in early September. There were no specific agreements on its organization, submission of documents, especially visa applications," she said.

"There were no requests for official meetings in Moscow, for the issue of entry visas in the Russian diplomatic mission in Washington."

Zakharova said she expected the legislators to follow a more professional line with regard to foreign countries instead of "spreading fake news."

Regarding new U.S. sanctions which limit financial interactions with Russia, including with country's sovereign debt that took effect Aug. 26, Zakharova said the measures "provoke nothing but regret."

"We remain convinced that the U.S. sanctions are an illegitimate instrument of pressure not only on our country but also, in principle, on all countries to which such a mechanism is applied," she said.

Turning to Pakistani-Indian relations, she said Russia will welcome any effort at de-escalation.

Moscow discussed the situation in Jammu and Kashmir state with Islamabad and New Delhi, she said.

"Russia is a consistent supporter of the normalization of relations between India and Pakistan. We sincerely hope that the differences between them will be resolved by political and diplomatic means on a bilateral basis," she said.

Jammu and Kashmir is under near-complete lockdown since Aug. 5 after India scrapped special provisions on the area.

India blocked communications and imposed strict restrictions to thwart any rebellion while political leaders in the region have been detained as the right groups repeatedly urge New Delhi to lift the restrictions and release political detainees.

From 1954 until Aug. 5, 2019, Jammu and Kashmir had special provisions to enact its own laws. The provisions also protected the region's citizenship law, which barred outsiders from settling and owning land in the territory.