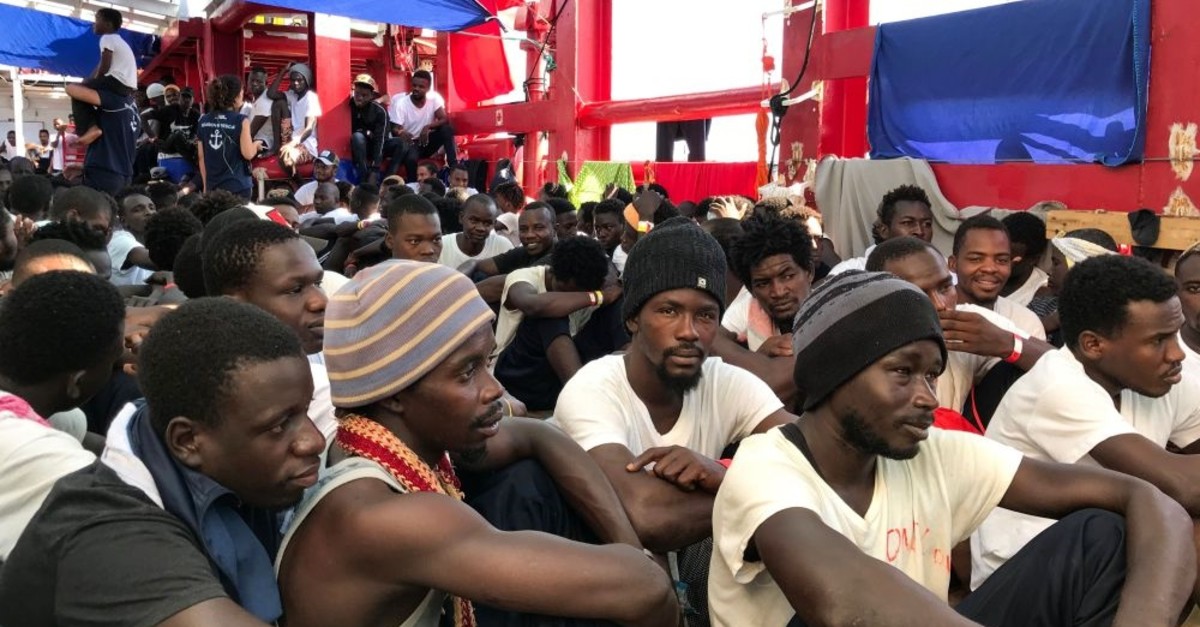 The death toll for migrants trying to reach European shores by crossing the Mediterranean has reached around 900, the U.N. Refugee Agency (UNHCR) said as Libya's coastguard recovered bodies from the latest major accident on Tuesday.

A boat carrying dozens of migrants bound for Europe capsized Tuesday in the Mediterranean Sea off Libya, with at least 40 people missing and presumed drowned, U.N. officials said, as a support group reported it had gotten a call from someone on the vessel "crying and shouting" that passengers had died already.

Tuesday's shipwreck was the latest maritime disaster involving migrants seeking a better life in Europe. One month ago, up to 150 Europe-bound migrants, including women and children, were missing and feared drowned when two boats carrying about 300 people capsized off Libya. In January, 17 died or were missing off Libya and in May, about 65 drowned when their boat sank off Tunisia.

The death rate among migrants crossing the sea from Libya to Italy or Malta more than doubled last year as naval search and rescue missions were reduced. Since June 2018, when Italy's populist government took office and started turning away nongovernmental organization (NGO) rescue ships, migrants saved at sea have repeatedly been trapped in intra-EU disputes about where they should be allowed to land.

Italy's Interior Minister Matteo Salvini on Tuesday refused to allow a ship carrying dozens of migrants to enter Italian waters, the latest in a string of standoffs over migrant rescues. The Eleonore, run by German NGO Mission Lifeline, is seeking a safe port after rescuing some 100 people from a collapsing dinghy in the Mediterranean on Monday. Charity workers rescued the migrants after a run-in with the Libyan coast guard, which wanted to take them back to the crisis-hit north African country. Italy and Malta have both repeatedly refused to allow charity vessels to dock until other European countries agree to help take them in. Six EU countries last week agreed to take in 356 migrants stranded on the Norwegian-flagged Ocean Viking ship in the Mediterranean after two weeks of deadlock.

EU member states have long grappled with a common response to migration inflows from northern Africa via the Mediterranean. In June, eight of the 28 EU countries, including France and Germany signaled clear intention to move forward with a new system called a "solidarity mechanism." However, they have failed to persuade Italy to allow rescue ships to dock at its ports.