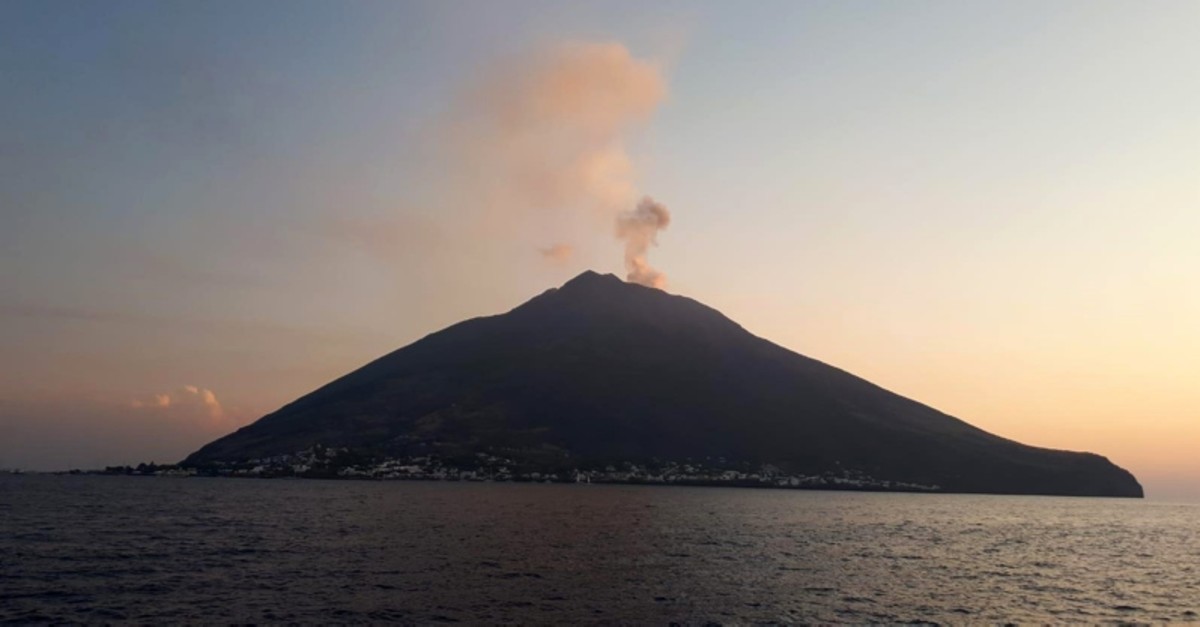 A column of dense smoke rises from the crater of Stromboli volcano, where a powerful explosion occurred with sand, ash and other volcanic material falling on the surrounding area, Stromboli, Messina, Italy, 28 August 2019. (EPA Photo)
by Aug 29, 2019 10:21 pm

A volcano on the Italian island of Stromboli erupted on Wednesday, unleashing a dramatic plume of smoke in its second explosion in less than two months.

An explosion of "high intensity" was recorded at 1017 GMT, the National Institute of Geophysics and Vulcanology (INGV) said. No casualties or damages were reported.

The Stromboli volcano, located in southern Italy off the Sicilian coast, erupted in July releasing hot trapped magma in a powerful explosion, killing one person and enveloping the popular tourist destination in ash.

The president of the Sicily region, Nello Musumeci, said the docking of private boats in the island had been suspended for a few hours on Wednesday as a precaution.

"Luckily there were no damages to people and properties," Musumeci said on Facebook.