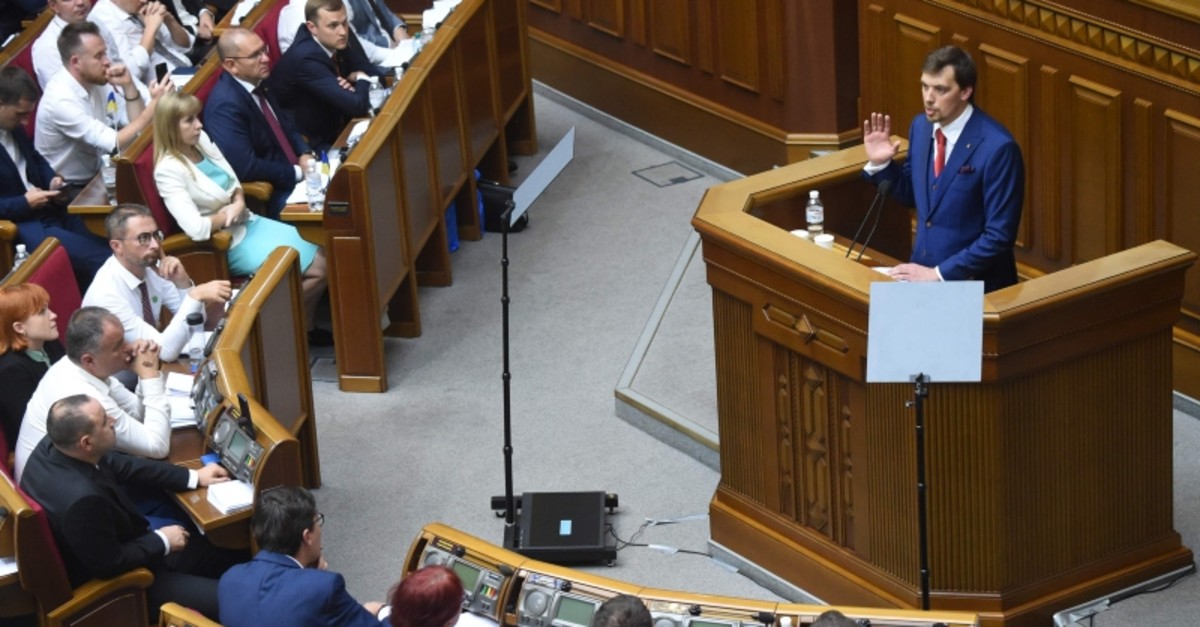 A majority of deputies voted to back Goncharuk, who has just three months of government experience and promised to "put an end" to corruption during a speech in parliament.

He becomes head of government amid a stagnating economy and ongoing war with Russian-backed separatists.

"We have more than 10 million people living below the poverty line.... We have war in the east, and above all of this we have corruption. We have to stop it and we will," he said to applause.

"The new government will not steal."

Zelensky, 41, won a landslide election in April, announcing he planned to "break the system" that had ruled Ukraine since independence in 1991.

Many new faces have since entered politics as part of Zelensky's "Servant of the People" party which won a majority in parliamentary polls last month.

"A new generation has come to power," Goncharuk told MPs before they voted to approve him.