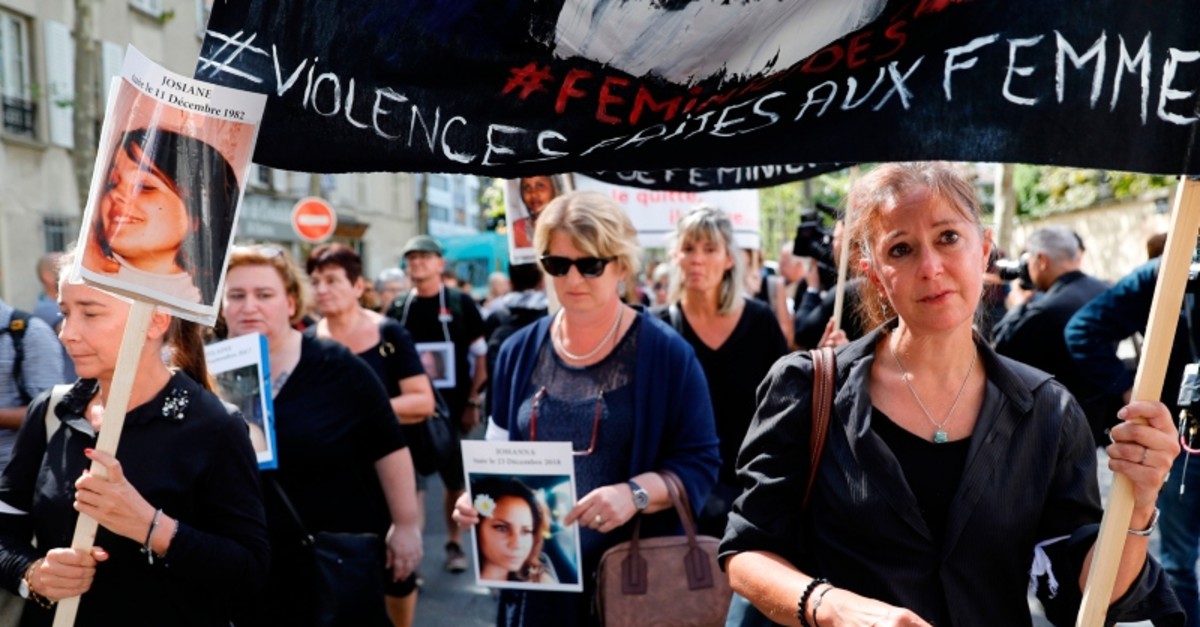 Women hold pictures of victims and placards denouncing the violence against women as they take part in a protest march (AFP Photo)
by Compiled from Wire Services Sep 04, 2019 1:28 pm

The French government is spending 5 million euros (about $5.5 million) to try to prevent deadly domestic violence in a country where one woman is killed every two or three days by an abusive partner.

Critics worry that's not enough money to tackle a phenomenon so common in France and elsewhere that it is often overlooked. French abuse victims and activists have stepped up efforts this year to persuade the government to work harder to prevent such killings.

Many had previously reported abusive partners to police.

France is one of the European countries with the highest number of such murders, according to EU figures from 2017 which put it second only to Germany.

Last year, 121 women were killed in France in these circumstances, equating to one death every three days. So far this year, at least 100 women have been killed by a current or former partner.

To mark the government's heightened action on the issue, President Emmanuel Macron on Tuesday visited the office of a domestic violence hotline in Paris and listened in to calls as they came in.

He heard the call of a woman who had decided to leave her abusive husband tell one of the hotline operators that the police were refusing to assist her.

"You're at the police station? You're in danger. your husband is at home. The police can accompany you," the operator, Elena, assured the caller.

However, an officer of the military police came on the line and said that he needed a judicial order to intervene.

The unheard President Macron shook his head and wrote notes to help the operator.

"It's the gendarme's job to protect her when the risk is evident," with or without any extra judicial permission, the note said.

However, the gendarme on the other end of the phone insisted it wasn't his place to intervene.

Prime Minister Philippe said that under the bill, judges could also order an electronic tag for a person who has yet to be convicted of a crime but who is targeted by a restraining order.