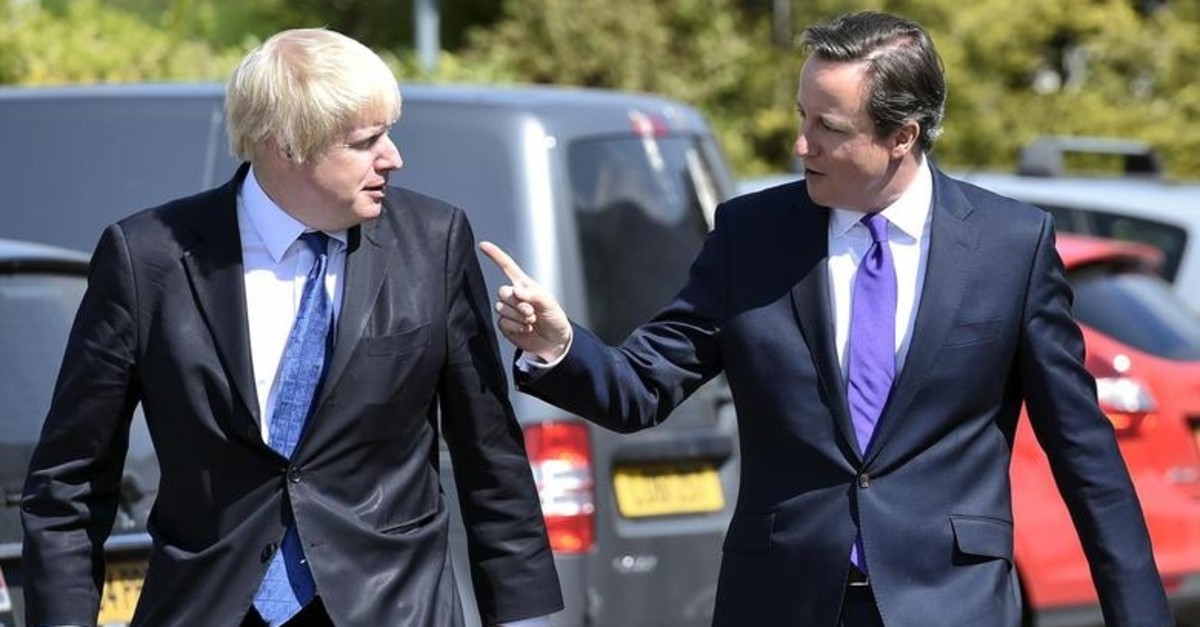 British Prime Minister Boris Johnson described one of his predecessors David Cameron as a "girly swot" in a memo which was disclosed to courts this week, Sky News reported on Friday.

A redacted version of the memo written by Johnson was presented to London's High Court this week as part of a case that unsuccessfully argued that he had acted illegally by planning to suspend parliament for five weeks later this month.

"The whole September session is a rigmarole introduced by [redacted words] to show the public that MPs were earning their crust," Johnson wrote in the Aug. 16 memo which was released to media on Thursday.

A leaked copy of the note revealed the redacted words were "a girly swot Cameron", said Sky News, which published what it said was an unredacted version. An online dictionary definition described a girly swot as someone who always did their homework or prepared for something, although in Britain it often has derogatory overtones.

Cameron was British prime minister from 2010 to 2016 when he stepped down after Britain voted to leave the European Union in a referendum.

The two prime ministers have a long shared history: both attended the exclusive private school, Eton College, before going to Oxford University.

However their friendship became strained after Johnson decided to back Britain leaving the EU and became the main face of the successful Brexit campaign.

"It's like this particular cohort of Bullingdon Club and Old Etonians hit their emotional plateau before graduation from Oxford," Tom Watson, the deputy leader of the opposition Labour Party said on Twitter. "Johnson and (cabinet minister Jacob) Rees-Mogg in particular see politics as a game."

Johnson was criticized earlier this week for describing Labour opposition leader Jeremy Corbyn as a "great big girl's blouse" - a coward - for refusing to support his call for a snap election.