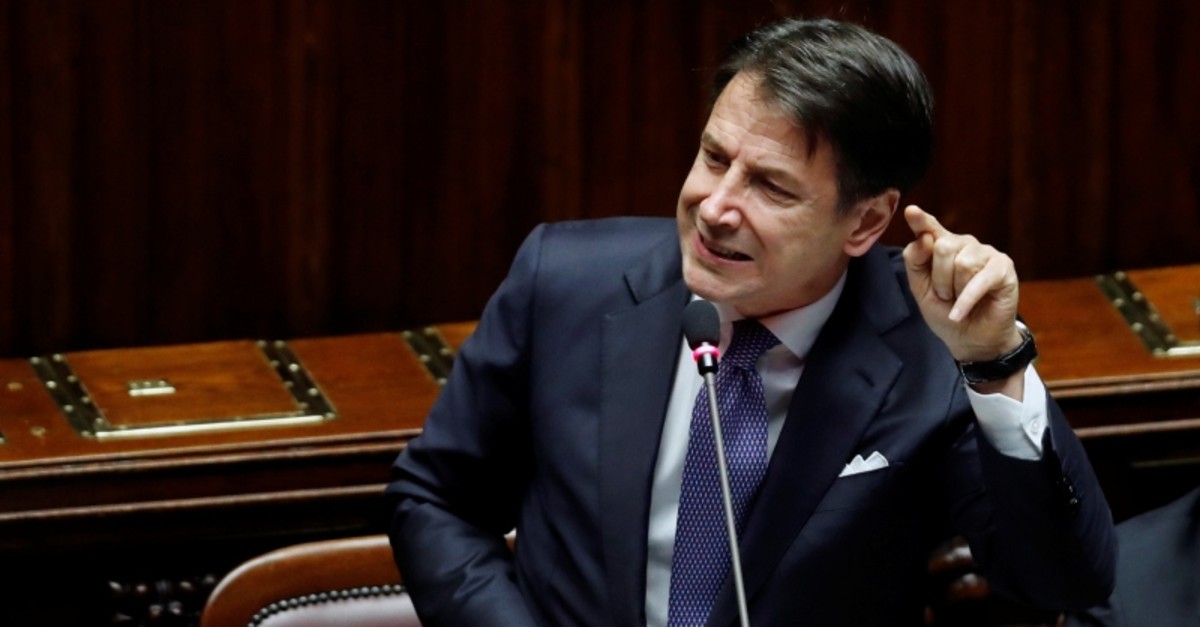 Italian Premier Giuseppe Conte on Monday won the first of two mandatory confidence votes on his four-day-old coalition of rival parties, after a day of fielding insults during a boisterous Parliament session from an opposition outraged that Italy got a new government instead of a new election.

The 343-263 vote in the lower Chamber of Deputies, with three lawmakers abstaining, was the preamble to Tuesday's vote in the Senate, which is likely to be tighter, since the coalition holds a less solid majority there.

Much of the daylong session in the lower Chamber of Deputies resembled a soccer stadium with frenzied fans more than a hall of lawmakers weighing whether to confirm Italy's second government of mismatched partners in 15 months.

Practically eclipsed in the raucous atmosphere was any debate over Conte's policy promises — a government focused on economic growth and determined to keep Europe united.

In the square outside the Chamber, Matteo Salvini, the "Italians first" League party leader who brought down Conte's first government, rallied a few thousand of his right-wing supporters and far-right voters and protested that citizens were clamoring for their say at the ballot box.

"Inside, there's the regime that knows it's about to fall and is acting like Marie Antoinette," Salvini said, sarcastically likening Conte's cobbled-together coalition to the tone-deaf attitude of the French queen.

Conte launched his own barbs at Salvini, who abruptly withdrew the League as a partner in the previous government in a bid for an early election that would make him premier.

"That every year a leader can think he can bring the country to elections is irresponsible," Conte said.

The premier forged a new coalition last week out of bitter rivals, the populist 5-Star Movement that he led in a first coalition and the center-left Democratic Party. The two coalition partners' main attraction to each other appeared to be determination to keep Salvini and his anti-migrant League out of power.

The firebrand League leader incorrectly bet that would trigger an early election to hand him the premiership and what he said would be "full powers" for his anti-migrant, euroskeptic forces.

To Salvini's shock, Conte cobbled together the alternate coalition with the aid of a tiny left-wing party which has one minister in the Cabinet.