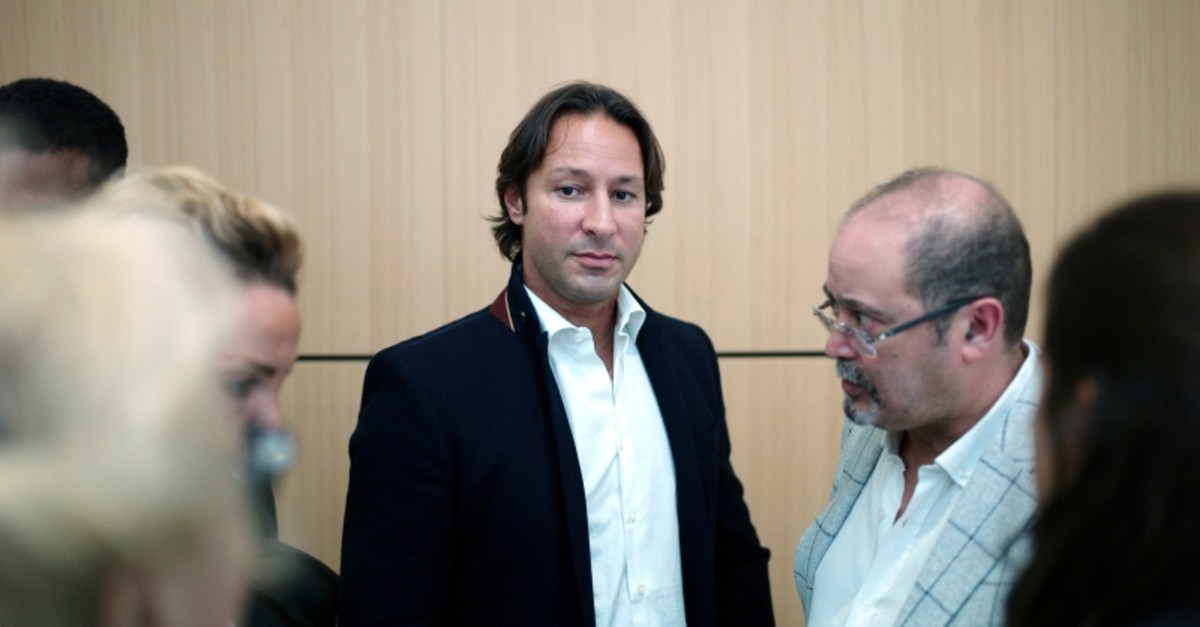 A French court on Thursday handed a 10-month suspended sentence to a sister of the Saudi crown prince for ordering a bodyguard to beat a workman who came to do plumbing work at her luxury residence in Paris in 2016.

Hassa bint Salman, a daughter of King Salman and sister of the powerful Crown Prince Mohammed bin Salman, had been charged with instructing her bodyguard to beat, hold captive and humiliate the plumber.

The princess, 42, had never shown up at the trial, which got underway in July.

The punishment was heavier than demanded by prosecutors, who had sought a six-month suspended sentence and a fine of 5,000 euros ($5,480).

The princess, whose brother is known by his initials MBS and is seen as the kingdom's de facto ruler, was accused of instructing her bodyguard Rani Saidi to beat up Ashraf Eid after he was seen taking pictures inside her home in September 2016.

Saidi, who was the only protagonist in the case present in court, was handed an eight-month suspended sentence and a 5,000-euro fine, in line with the recommendations of prosecutors.

Lawyers for the princess and Saidi said they planned to appeal, saying the case was based on unfounded allegations while also questioning the conduct of Eid, who presented a 21,000 euro bill for the works just days after the events.

Emmanuel Moyne, lawyer for the princess, contended that Eid's statements had "largely been fanciful" and said he had in no way been forced to stay in the apartment.

"We will prove the innocence of Princess Hassa bint Salman at the court of appeal in Paris," he said.

Saidi's lawyer Yassine Bouzrou said that the ruling was "incomprehensible" and accused the court of ignoring key elements that would have proven the innocence of his client.

Eid was working on the seventh floor of the luxury apartment block owned by the Saudi royals on Avenue Foch, a favorite destination of foreign millionaires in Paris, when he was called to the fifth floor to repair a damaged wash basin.

He took pictures of the bathroom which he told investigators he needed to carry out his work. Eid claims that the princess flew into a rage after he caught her reflection in a mirror on camera.

He said he was also tied up and ordered to kiss the feet of the princess, who is lionized in the Saudi state-run media for her charity work and women's rights campaigning.

The plumber claimed that he was allowed to leave the apartment only after several hours, during which his phone was destroyed, and that at one point the princess shouted: "Kill him, the dog, he doesn't deserve to live."

Georges Karouni, Eid's lawyer, praised the "strength" of his client during the investigation.

"My client was right to trust the law," he said, adding that the court had been "extremely sensitive" to the seriousness of the facts.

Saidi argued during the court hearings he had merely come to the aid of the princess in a tussle with Eid where he feared the plumber was taking photos to sell to Arab media outlets.

A civil hearing is scheduled for March 5 over possible damages.

The case is the latest blow to the image of the kingdom, where Prince Mohammed sparked hopes of major social and economic reforms when he was elevated to crown prince in 2017.

But his reputation was badly damaged by the murder of dissident writer Jamal Khashoggi at Saudi Arabia's consulate in Istanbul last year, and he is also seen as the driving force in the Saudi military intervention in Yemen, where tens of thousands have died.

Agnes Callamard, a U.N. special rapporteur on extrajudicial executions, reported "credible evidence" last month that linked the prince to the killing of Khashoggi, who was strangled and dismembered inside the consulate.