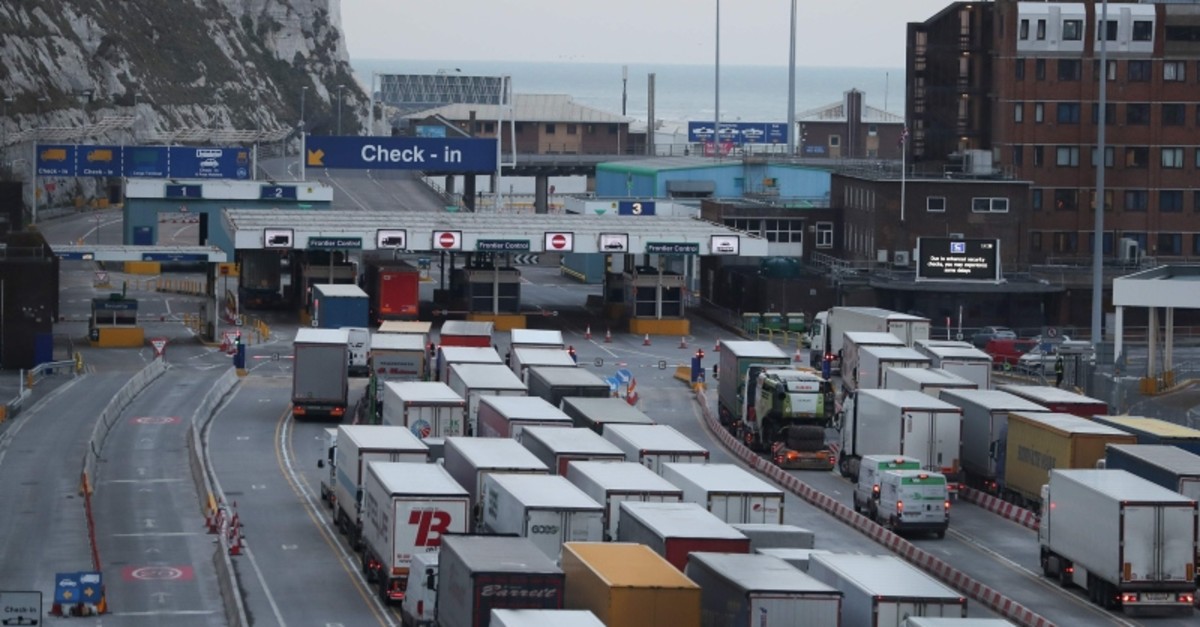 The British government insisted Thursday that its assessment there could be food and medicine shortages, gridlock at ports and riots in the streets if there is a no-deal Brexit is a worst-case scenario, not what is likely to happen.

The stark picture of disruption represents the government's "reasonable worst case scenario" for leaving the European Union on Oct. 31 without a divorce agreement. The government was forced to publish the document late Wednesday after lawmakers demanded it.

Opposition politicians said the "Operation Yellowhammer" document — the government's code name for its Brexit preparations — proved that Prime Minister Boris Johnson is reckless to consider leaving the EU without a deal.

It was prepared six weeks ago just days after Boris Johnson became prime minister and forms the basis of government no-deal planning.

Former Attorney General Dominic Grieve said it was extraordinary that a British government "is content on inflicting on the British public the level of disruption which is set out in the Yellowhammer papers."

Grieve was expelled from the ruling Conservatives last week for voting against the government over the issue.

"Even if we are ready for a no-deal Brexit, this is highly disruptive and costly."

"It is extraordinary that these are things that could flow from the government's own policy," opposition Labour lawmaker Hilary Benn said.

"Normally when you're protecting against something like this it's a natural disaster, it's the action of others, (things) you don't control."

Defense Secretary Ben Wallace said the scenario was a "planning assumption" and would only come true if the government did nothing to mitigate it.

"We are spending the money on doing lots of things to mitigate those assumptions," he told the BBC.

Paul Carter, leader of the local authority in the southeast county of Kent, where there are fears of gridlock following a no-deal Brexit, said Johnson's administration had made "real progress" recently.

"I'm pretty confident that we can avoid disruption in Kent," he told the BBC.

The six-page classified document, dated Aug. 2, said the number of trucks crossing the main freight route between Calais and Dover would drop by between 40% and 60% within a day of a no-deal Brexit, with disruptions possibly lasting up to three months. The supply of certain types of fresh foods and essential medicines would decrease, prices would go up and poor people would be hit hardest, it said.

The paper also describes major disruption for travelers between Britain and the EU, uncertainty for U.K. citizens living in Europe, and says attempts to maintain an open border between Ireland and Northern Ireland would probably fail. It also says a no-deal exit could trigger major protests and even riots.

Cross-border financial services would be affected as would information-sharing between police and security services.

The government refused to comply with another part of Parliament's demand — that it hand over emails and texts among officials and aides discussing the government's decision to suspend Parliament for more than a month ahead of the Brexit deadline. Michael Gove, the minister in charge of Brexit planning, said the request was inappropriate and disproportionate.

Johnson insists the country must leave the EU on Oct. 31, with or without a divorce deal to smooth the way. But many lawmakers fear a no-deal Brexit would be economically devastating, and are determined to stop him.

The British leader wants to renegotiate the divorce terms struck by his predecessor Theresa May, which MPs have repeatedly rejected. But European leaders accuse him of offering no viable alternatives.

Johnson, whose EU adviser David Frost is currently in Brussels, insisted Wednesday they were making "great progress" towards getting a deal.

"The ice floes are cracking, there is movement under the keel of these talks," he said.

Opposition lawmakers and rebel Conservatives have dealt the government's Brexit plans a series of blows. They passed a law that orders the government to seek a three-month delay to Brexit if no agreement has been reached by late October, rejected Johnson's call for a snap general election and ordered the release of the Yellowhammer document.

Then on Tuesday Johnson suspended Parliament for five weeks until Oct. 14, sparking outrage among legislators and several legal challenges.

The U.K. Supreme Court is set to consider next week whether the shutdown should be reversed, after conflicting rulings in lower courts.

Last week the High Court in London said the decision was inherently political and "not a matter for the courts." But Scotland's highest civil court ruled Wednesday that the shutdown was illegal "because it had the purpose of stymieing Parliament."

Northern Irish High Court rejected a case that no deal would breach the terms of 1998 peace accord on all grounds on Thursday. The Supreme Court is set to make the final decision after a hearing next week.