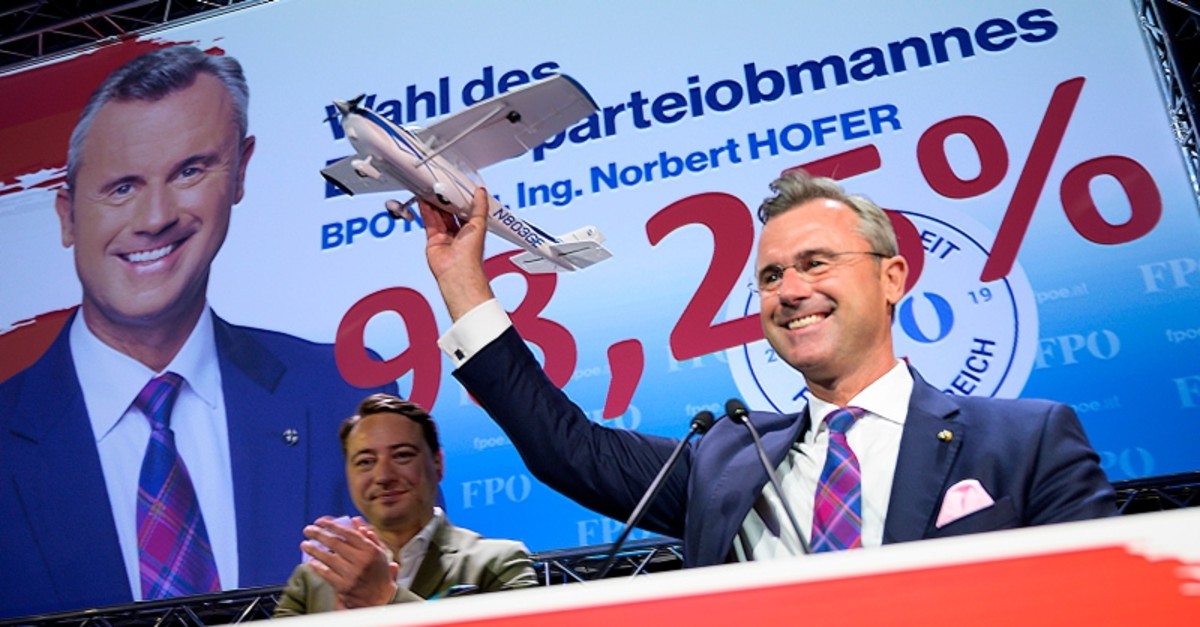 Austria's far-right Freedom Party (FPÖ) has elected former transport minister and presidential candidate Norbert Hofer as its leader as it seeks to return to government in a Sept. 29 national election, moving beyond the scandal that brought down the previous administration.

The Austria Press Agency reported that more than 98% of delegates at a party congress in Graz Saturday backed Hofer, who ran unopposed.

In a speech after his election, Hofer said that he planned to ensure that the FPÖ became the strongest party in Austria.

"I am not taking office as leader of a party that is happy with being in second or third place in the long-term," Hofer said.

Hofer said his party would continue to fight "political Islam" and would also take on new themes, such as protecting the environment.

Hofer had done the job on an interim basis since Heinz-Christian Strache, the party's leader of the past 14 years, resigned in May following the publication of a video in which he appeared to offer favors to a purported Russian investor on the Spanish island Ibiza in 2017.

The video prompted Chancellor Sebastian Kurz of the center-right Austrian People's Party (ÖVP) to pull the plug on his coalition with the FPÖ. Kurz was then ousted in a no-confidence vote and a non-partisan interim administration under Chancellor Brigitte Bierlein is currently running the country.

Despite the scandal, the FPÖ stands at around 20 percent in voter polls, neck-to-neck with the Social Democrats (SPÖ).

The ÖVP remains the strongest party but unlikely to be able to form a majority government by itself, according to polls.

Strache took the party from being a small entity with few voters to becoming a major player. The FPÖ has never won fewer than 17 percent of votes in a general election since 2008.

Hofer is considered to be a moderate member of the party, although critics have on occasion called him a wolf in sheep's clothing. In 2016, he narrowly lost his bid to become Austrian president against Alexander Van der Bellen, the current incumbent.

A recent party election ad showed him undergoing relationship counseling with an actor portraying Kurz and declaring that "often it just takes a little shove to carry on together."

However, former Interior Minister Herbert Kickl, a hardline, sharp-tongued figure who was a source of friction with the ÖVP in the last government, is also a key figure in the new FPÖ lineup as head of its parliamentary group. Hofer praised him Saturday and said the party is fighting to make him interior minister again.