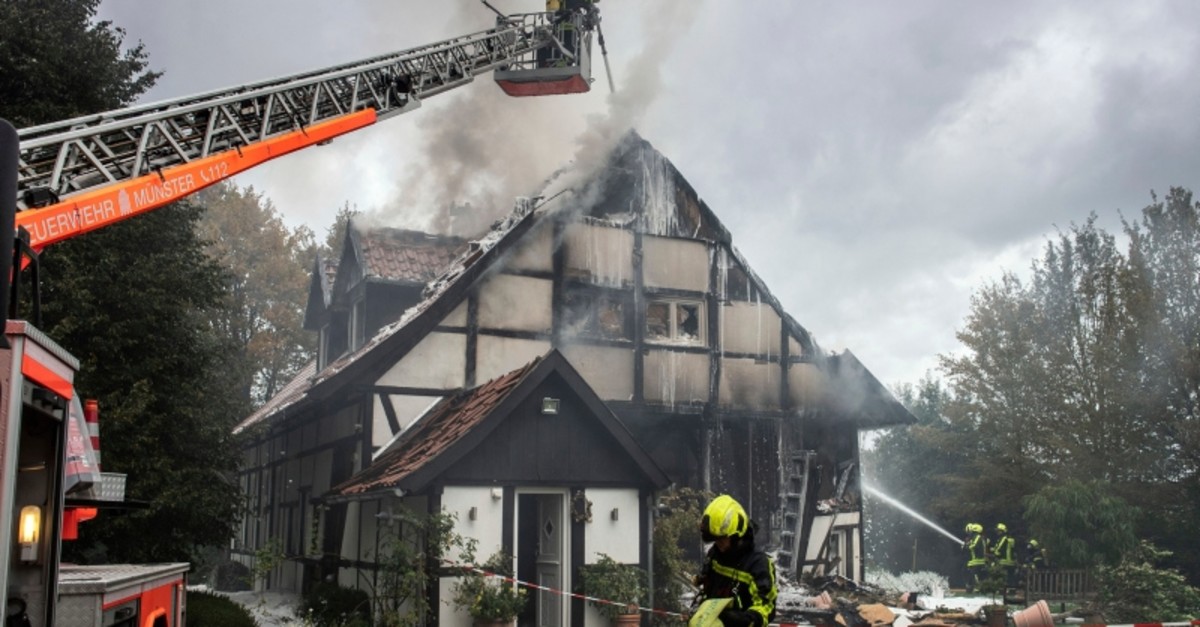 Firefigthers extinguish a fire in a house in Muenster, Germany, Wednesday, Sept. 18, 2019. Two women and a police officer where injured by an exploion inside the house (AP Photo)
by Compiled from Wire Services Sep 20, 2019 12:14 am

Two women appear to have deliberately caused an explosion in the German city of Muenster on Wednesday in a suspected suicide attempt after being evicted from their home.

Three police officers were slightly injured and the two women were taken to hospital with serious injuries, police said in a statement. The explosion occurred as a court bailiff and the officers arrived at the house to evict the women.

Investigators say the two residents had been involved in long-term strife with their landlord and planned the gas explosion on their eviction day.

They say the two apparently wanted to kill themselves, but also knew others could die in the explosion.

The house had to be torn down after the explosion and ensuing fire.