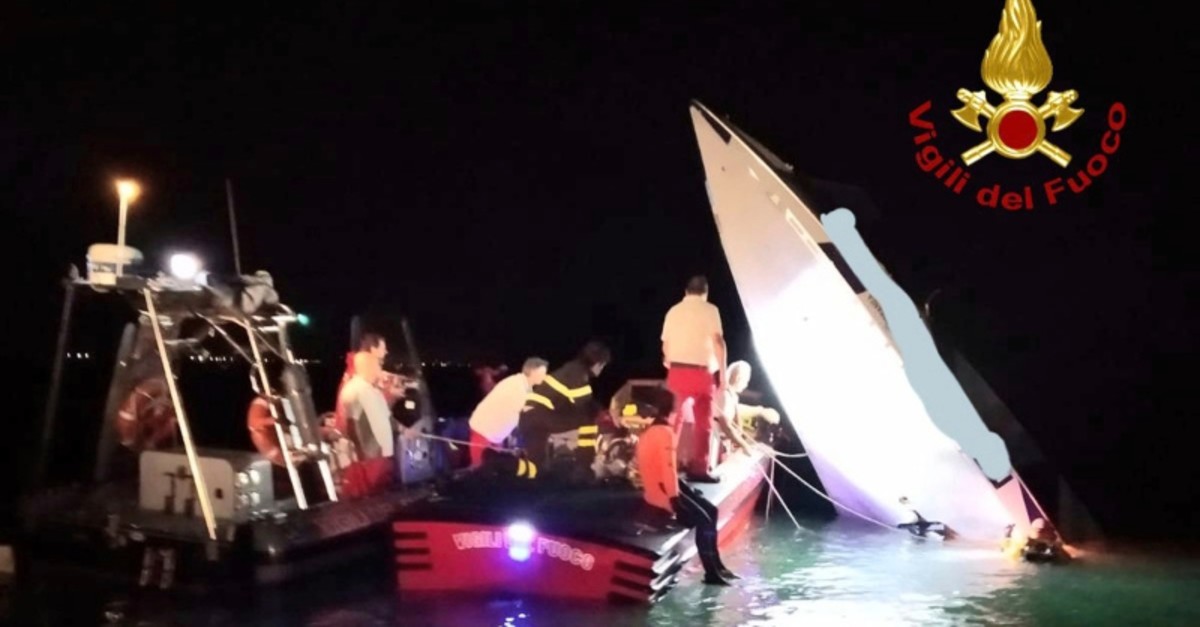 This image provided by firefighters shows the wreckage of a racing boat that allegedly smashed into a dam at the entrance of the Venice laguna, Italy, late Tuesday, Sept. 17, 2019. (Italian Firefighters via AP)
by Sep 18, 2019 11:43 am

Three people were killed in Venice after a powerboat attempting to break an offshore record slammed into an artificial spit of land in the dark, Italian firefighters and media reports said Wednesday.

The accident happened as the vessel, some 20 meters (65 feet) long and able to travel up to 130 kilometers per hour (80 mph), tried to break the Monte Carlo to Venice record.

Firefighters said they pulled three bodies from the submerged boat while the survivor had been thrown clear.

The vessel was nearly at the finishing line when it hit the Punta Sabbioni spit, built to protect the city's "Mose" flood barrier, reports said.

Large boulders piled up on one another from the sea floor run the length of the spit.

The UNESCO World Heritage Site is slowly sinking — something the "Mose" (Moses) system is designed to combat.

The crash was the latest in a string of accidents in the floating city, which sees everything from tiny gondolas to speedboats and vast cruise ships cross its waterways.

In June, the giant 13-deck MSC Opera rammed into a dockside in Venice and knocked into a small tourist boat, injuring four people and sending others on the pier running for safety.

A month later, the 12-deck Costa Deliziosa, nearly 300 meters long, narrowly missed a yacht while being towed out of Venice in stormy conditions.

But the hugely costly array of mobile barriers at the mouth of Venice's lagoon has suffered years of delays, and is now only expected to be finished in 2021, local daily La Nuova di Venezia said.