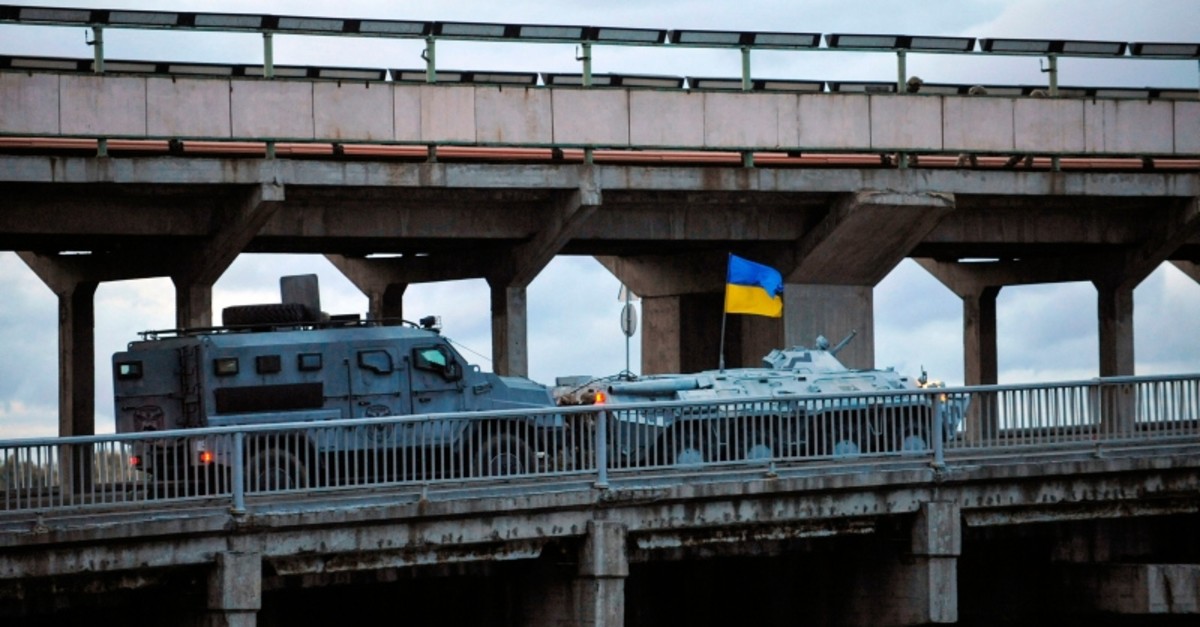 A gunman who fired shots from his car after stopping traffic on a major Kiev bridge and threatened to blow it up was captured Wednesday by Ukrainian police after a security operation that closed down city road and metro links.

A large number of police cars and armed personnel carriers were at the scene, while special forces and snipers guarded the Metro Bridge after the man used his vehicle to block the bridge across the Dnipro river and began firing.

Kiev police said on its Facebook account that the man had been detained Wednesday evening after a standoff that lasted around two hours.

Earlier, police chief Andriy Kryshchenko said in a statement that the driver was "firing shots and threatening to carry out an explosion".

The force was treating the incident as "preparation for a terrorist act," Kryshchenko said.

Ukrainian media reported the man came from Crimean peninsula annexed by Russia and is a former soldier in the Ukrainian army.

Kiev mayor Vitali Klitschko told journalists that the man's demands were incomprehensible and he was probably intoxicated with drugs or alcohol.

The city's metro system, which uses the bridge for one of its lines, suspended trains on the section during the police operation.

Incidents involving weapons are not uncommon in Ukraine, where arms are in wide circulation because of the conflict with Russian-backed separatists in the country's east.

Reacting on social media, many Kiev residents complained that the gunman had caused long traffic jams at rush hour.