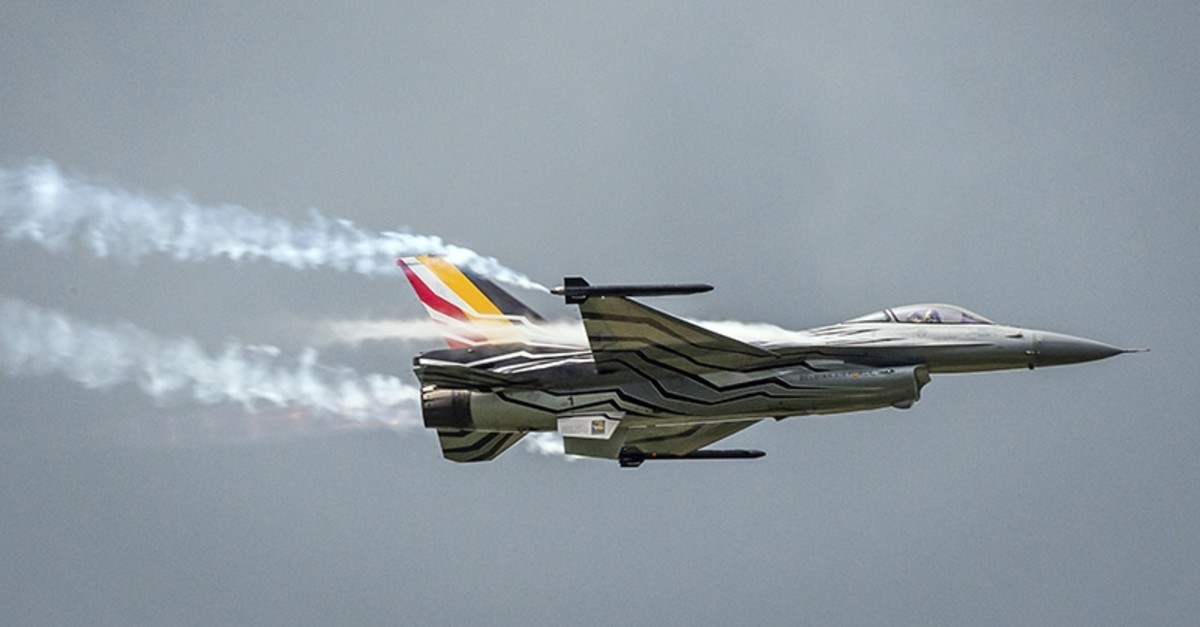 An F-16 jet of the Belgian air force crashed on Thursday in the Morbihan region of western France, with both pilots successfully ejecting but one still hanging by a parachute from a power line, the local prefecture said.

"The pilot and the co-pilot were able to eject before the crash. They were both localized and are alive," it said in a statement.

Emergency workers extracted the pilot safely after cutting off power in the area, and he was been taken to a nearby hospital for medical checks, a spokesman for the regional administration told The Associated Press.

No injuries have been reported. Surrounding homes were evacuated as the pilot was being taken down and firefighters battled the blaze from the crash.

One of the plane's wings sliced the roof and facade of a house in the town of Pluvigner, in Britanny, before plunging into a neighboring farm field, said Ludovic Kauffer, who lives in the house.

Kauffer was at work at the time of the morning accident, but his parents were home and described to him the "booms" of the crash.

"My mother is in shock, my father is too," he told The AP. "The most important thing is that everyone is OK."

The plane was traveling from Belgium to a naval air base in France when it came down between the towns of Pluvigner and Landaul, according to a statement from the regional prefecture, or administration.

The plane itself was not armed, the statement said.

Local newspaper Le Telegramme showed images of the pilot hanging from the line, black smoke and flames rising from the area and a damaged house.

A national police spokeswoman said no injuries have been reported among residents in the area. She said about 100 police have surrounded the crash site and are investigating what happened.

The plane had taken off from Belgium and was heading to a French naval airbase close to the town of Lorient.