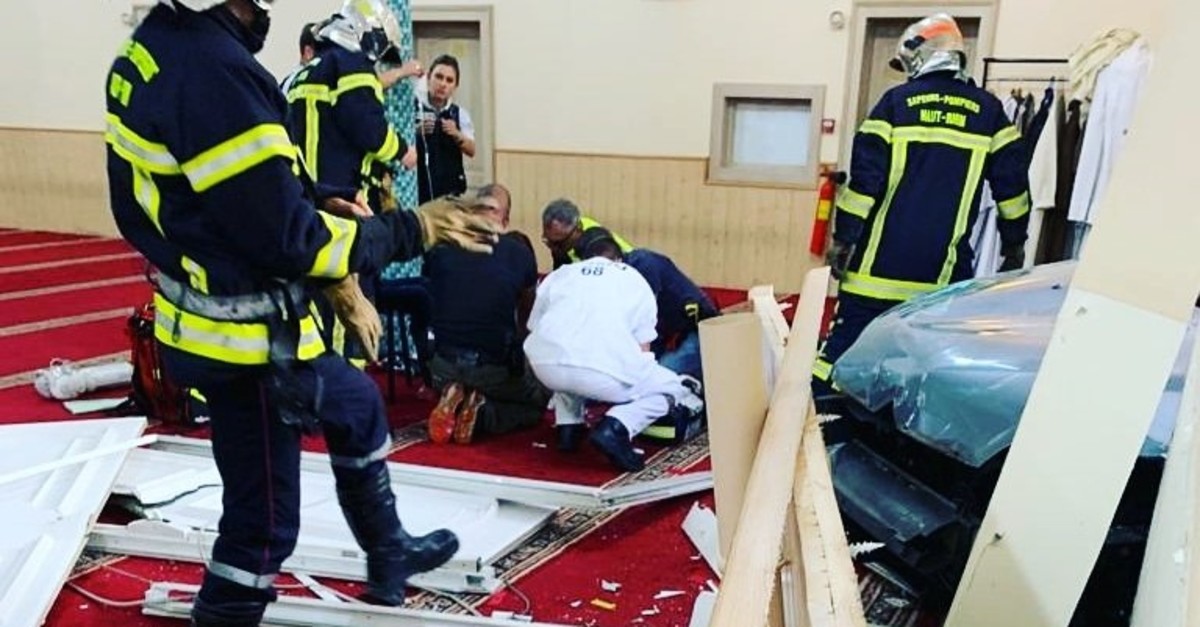 A car rammed into a mosque in the eastern French city of Colmar on late Saturday.

The vehicle crashed into the Grand Mosque of Colmar, damaging its gate and doorway, said the prefecture of Haut-Rhin.

The driver of the automobile was taken to a hospital with a stab wound to his neck, local media reported. It was not immediately clear if the wound was self-inflicted or if someone else attacked the driver.

It is unclear whether the incident was an attack or a suicide attempt.