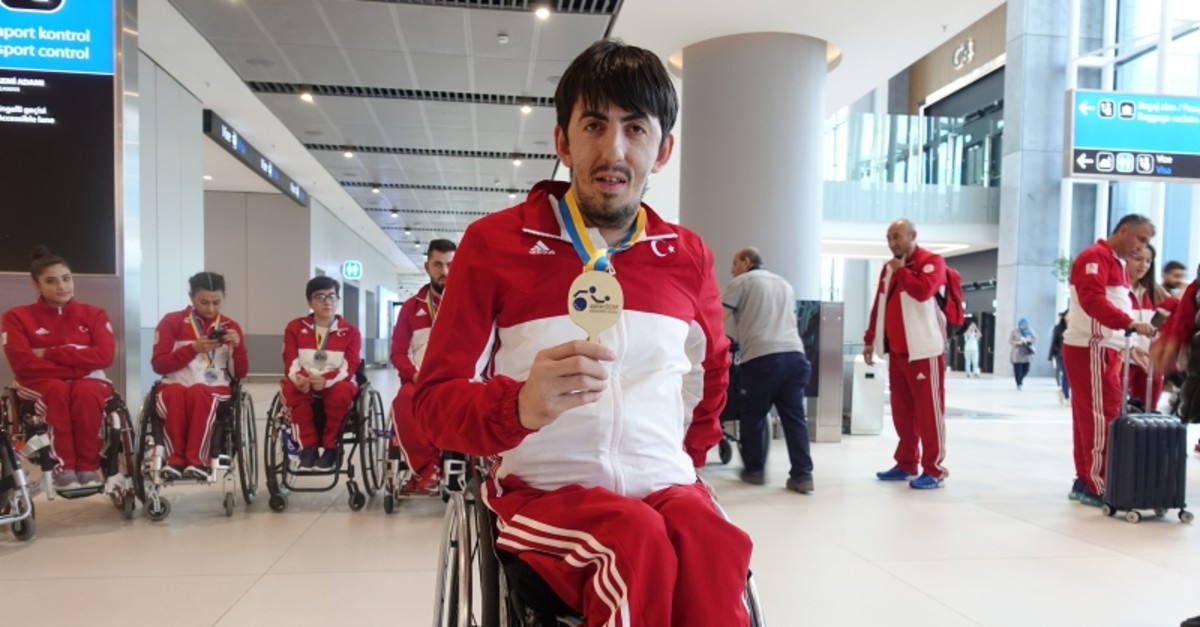 Turkish athletes won four gold and of a total of 11 medals at the European Para table tennis Championships, held in Sweden's Helsingborg.

Öztürk won the gold by beating Turan 3-2 in the final, said in a statement by the Turkish Sports Federation for the Physically Disabled.

In addition, Nesim Turan, Merve Cansu Demir and Kübra Korkut won silver while Ali Öztürk, Ümran Ertis and Neslihan Kavas won the bronze in the single's during the tournament.

The Turkish team, with Ali Öztürk, Hamza Çalışkan and Ahmet Nihat Yıldırım, defeated France 2-0 in the men's class five to claim the gold.

Another Turkish team, in which Abdullah Öztürk, Nesim Turan and Süleyman Vural beat Poland 2-0 in the men's class four also won the gold.

The tournament was held in St. Poelten, Austri.

Sümeyye Boyacı finished the 50-meter backstroke in 44.74 seconds at the championships held in London, bagging the silver medal.

Sevilay Öztürk, another Turkish paralympic swimmer, won the bronze in the tournament.

They became the first Turkish women athletes to win a silver medal in the organization's history.

Separately, Turkish athletes won in a total of 10 medals at the International Para Badminton Championships held in Bangkok, Thailand.