Massive fire breaks out at chemical plant in western France 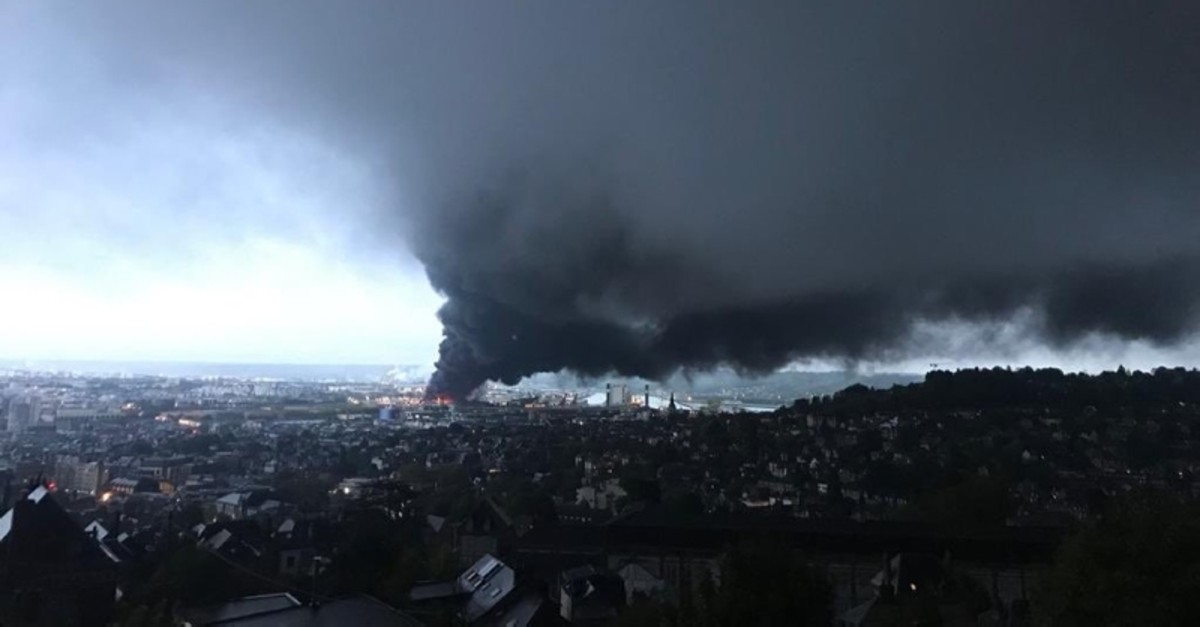 An immense mass of black smoke is rising over Normandy as firefighters battle a blaze Thursday at a chemical plant, and authorities closed schools in 11 surrounding towns and asked residents to stay indoors.

No injuries have been reported and French Interior Minister Christophe Castaner said on RTL radio that "there is no element that could lead us to believe that the smoke is dangerous."

But authorities are taking precautionary measures and carrying out air quality tests as around 200 firefighters work to extinguish the fire.

The administration for the Seine-Maritime region urged people to avoid non-essential travel in the area after the fire alarm rang at the Lubrizol plant in Rouen early Thursday. The Interior Ministry tweeted that schools and nurseries in the area have been closed, and residents in nursing homes are being confined.

Images showed bursts of orange flames and the sounds of repeated explosions from the plant overnight. The site was still spewing huge plumes of black smoke mid-morning, with bursts of flames still visible as sirens sounded over and over.

The plant produces additives for lubricants and paint, and pledges on its website "to lead all activities in full security for people and goods while preserving the natural environment." The company didn't comment on the fire.

It is among many industrial sites around Europe required to have additional security measures it handles dangerous substances.