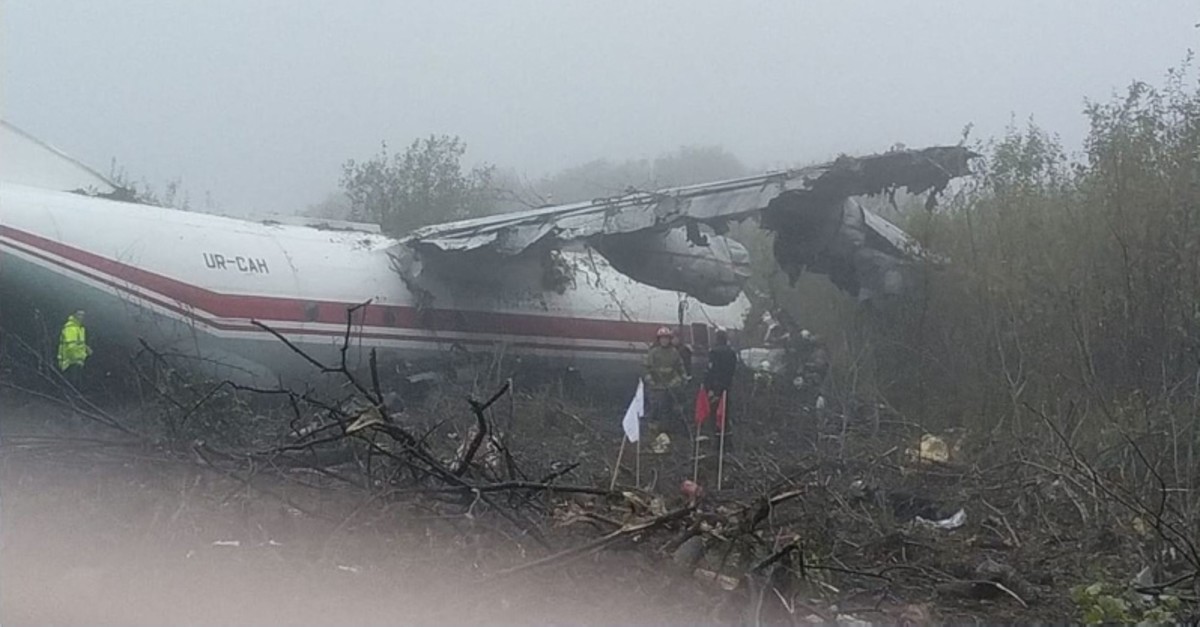 This handout photograph taken and released by The Ukrainian Emergency Ministry shows rescuers as they work at the plane crash site in a forest outside Lviv on October 4, 2019. (AFP Photo)
by Oct 04, 2019 11:59 am

At least five people died after a cargo plane crashed Friday while coming in to land in western Ukraine, emergency services said.

The Antonov-12 with eight people on board crash-landed 1.5 kilometers (just over a mile) from the runway at Lviv airport, killing at least three and injuring three.

Crew members were trapped in the wreckage and two more were missing, the emergency services said.

He said the aircraft was operated by Kiev-based company Ukraine Air Alliance and flying in from Vigo in Spain. He added that it was thought the plane had run out of fuel.

The emergency services posted a picture of the plane with one wing ripped off.