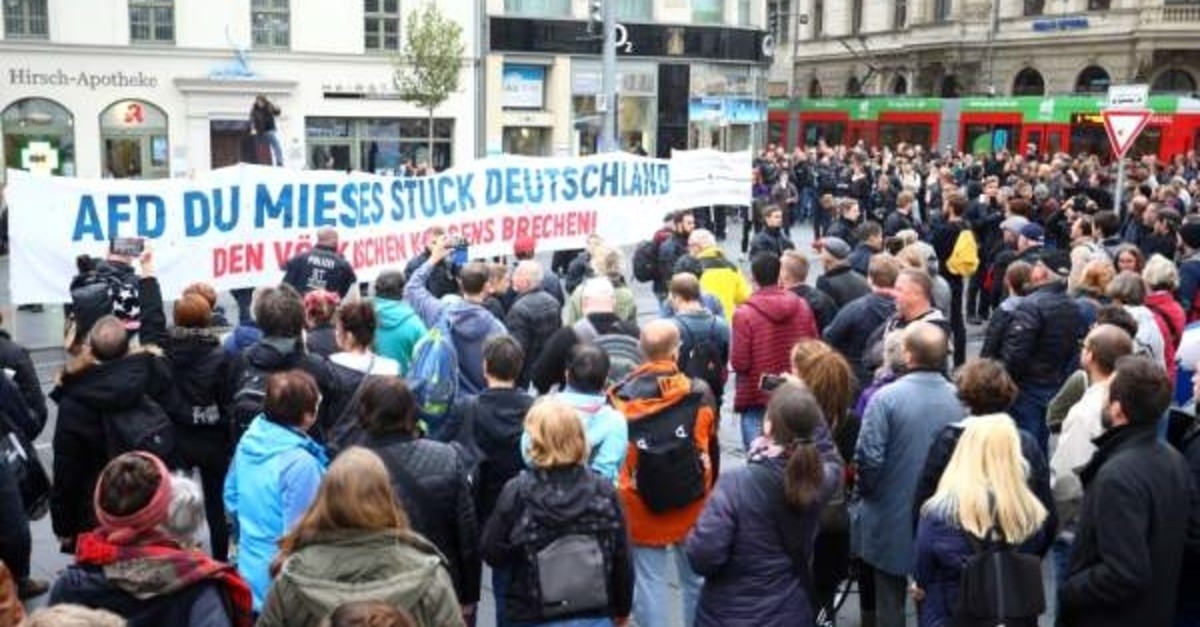 The latest far-right, anti-Semitic shooting near the city of Halle has significantly affected public support for the far-right Alternative for Germany (AfD) party, according to an opinion poll reported on Saturday by German broadcaster RTL/n-tv.
Conducted by the research institute forsa from Oct. 2 to Oct. 9, the day when the attack took place, 2,500 Germans took part in the survey.
The support rate for the party, which was calculated at 13% in the beginning of the week, dropped to 11% on Thursday, according to RTL/n-tv’s report.
Far-right violence and minority intolerance has been on the rise in some European countries in the recent period. The Halle attack was just one of the many examples of far-right related violence acts.
Prosecutors said the man accused of killing two people in the attack in eastern Germany’s Halle had confessed to the crime and had far-right and anti-Semitic motives. The man, who had published a racist and anti-Semitic manifesto and live-streamed the shooting on Wednesday, had shot the two bystanders after failing to enter the synagogue.
His poor aim and the unreliability of his home-made firearms saved nine other people he fired upon during his half-hour rampage, prosecutors announced on Friday.
According to another survey conducted by research group Emnid, support for the AfD was flat at 15% while the Social Democrats (SPD), which are part of Chancellor Angela Merkel's coalition, dropped one percentage point to 14%, Bild am Sonntag reported. The paper said that marks the first time since August that the AfD trumped the SPD in an opinion poll, while Merkel's Christian Democratic Union of Germany (CDU) gained one percentage point to 28% and the Greens remained unchanged at 21%.
The AfD has drawn on voters' discontent with Merkel's coalition, especially with her 2015 decision to let in refugees, many who were from war zones in the Middle East and Africa.
The AfD has consistently remained above its 12.6% level of support in the 2017 general election in the Emnid polls and recently came close to becoming the largest party in two eastern German states. RTL/n-tv also reported that none of the supporters of the AfD have taken any responsibility for the Halle events.