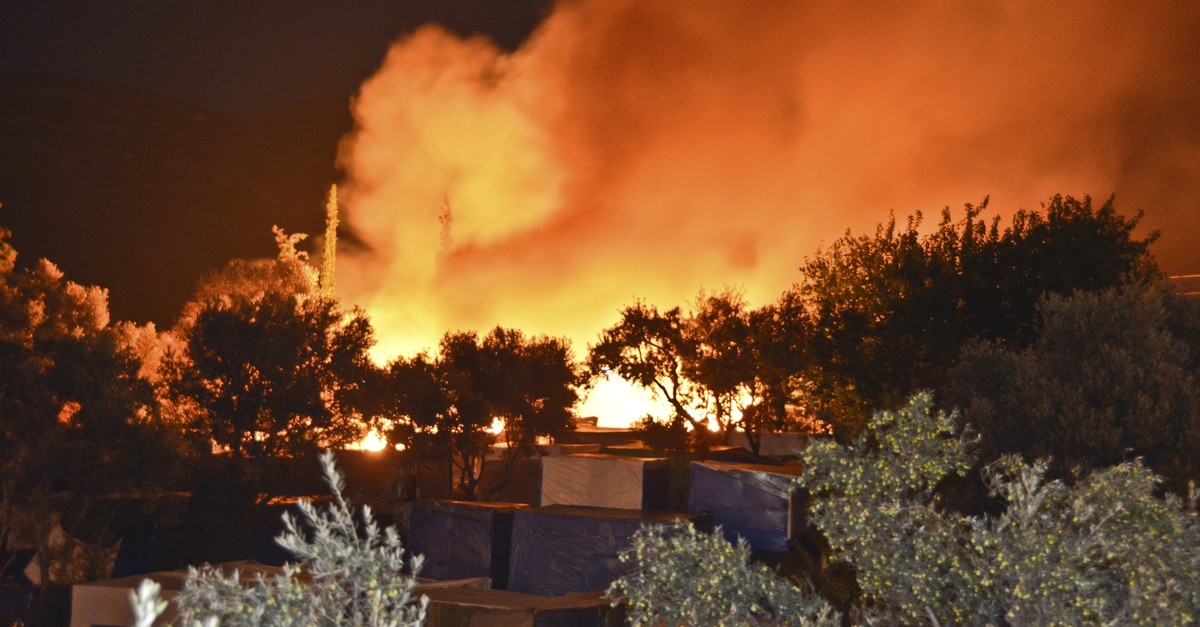 At least three people were injured in a clash between asylum-seekers in an overcrowded Greek migrant camp on the island of Samos. The camp was later partly destroyed in a fire, officials said on Tuesday.

Local police said the violence, apparently between groups of Syrians and Afghans, erupted late on Monday in the town of Vathy.

A fire then broke out among tents and makeshift shacks spilling out of the overcrowded camp, which has a capacity of 650, but hosts over 5,700 people.

Local mayor Georgios Stantzos told AFP that an explosion was heard before the fire broke out.

"According to police, around 30 tents were destroyed... the damage is still under evaluation," a U.N. refugee agency source said.

Medical charity MSF said half the camp residents are women and children, and that 600 people had been left homeless by the fire.

"This nightmare must end! Children and other vulnerable people must be evacuated from the Greek islands to safe accommodation," the group tweeted.

Despite efforts to relocate people to the Greek mainland, there are over 32,000 migrants and refugees in camps on Aegean islands near Turkey according to official figures. Most of the camps are vastly overcrowded, unhygienic and violence-prone.

In September, a woman died and over a dozen people were injured in the Moria camp on the island of Lesbos.

There are over 13,000 people in Moria which has less than 3,000 places. Many sleep in tents outside the camp.

There is growing exasperation on the islands and local authorities are urging the government to accelerate relocation efforts.

On Monday, a group of local residents on Lesbos gathered to protest as volunteers from the Spanish rescue organization Proactiva Open Arms prepared to land on the island.