Dozens of flights canceled, delayed in Barcelona after huge protests 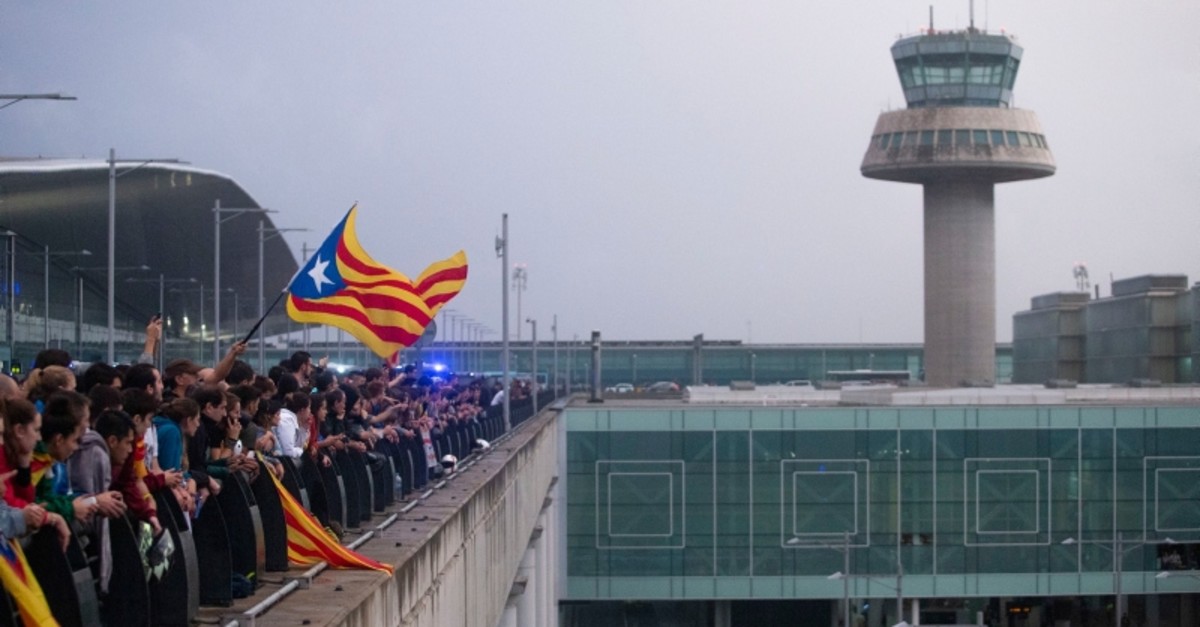 Forty-five flights at Barcelona's airport were canceled on Tuesday as a consequence of Monday's massive protests over the sentencing of nine Catalan leaders.

"The majority of the 45 canceled flights today are actually derived from yesterday's cancellations, which affected 110 flights," a spokesman for Spanish airport operator Aena told Reuters.

He said most of the protesters did not make it inside the terminal and that there was little infrastructural damage.

The spokesman said he was not able to provide an estimate of the economic impact or the number of passengers affected by the protests at this stage, as the airlines had not communicated flight fill rates with airport authorities.

Thousands of passengers were stranded at the airport, with many forced to walk with their luggage on highways and across fields.

The situation in Barcelona was otherwise fairly quiet on Tuesday morning, though train traffic was still partially affected.

Thousands of demonstrators had gathered at the airport in an attempt to block access roads and bring all operations to a standstill after Spain's supreme court sentenced nine Catalan leaders to at least nine years in prison over their roles in an independence referendum.

In protests at the airport and other parts of northern Spain, more than 170 people were injured, including 40 police officers, and three activists were arrested, according to Spanish television reports. Clashes between police and protesters, with police using foam bullets, were also reported.

The sentencing occurred more than two years after the October 2017 referendum on whether to declare Spain's north-eastern Catalonia region, which includes the city of Barcelona, an independent state.

A Spanish court had declared the referendum illegal but it went ahead anyway. Those accused included the region's former vice president, Oriol Junqueras. He received the longest sentence of 13 years.