Dutch family living in isolation on farm for 9 years 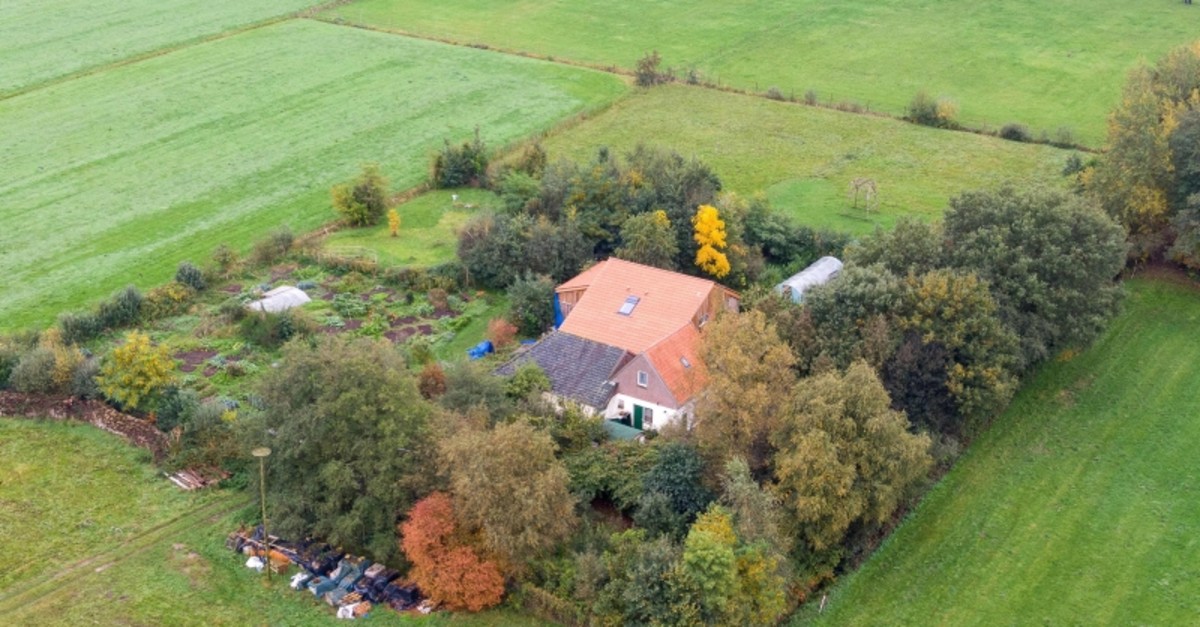 This aerial picture taken on October 15, 2019 shows a farmhouse in a remote area of northern Netherlands' province of Drenthe, near the village of Ruinerwold. (AFP Photo)
by Compiled from Wire Services
Oct 16, 2019 1:43 pm

Dutch authorities were Tuesday trying to piece together the story of a family found living isolated from the outside world in the rural east of the Netherlands.

The authorities found a father and six adult children hidden in the basement of a remote farmhouse where they had reportedly spent years "waiting for the end of time". Some of those freed "had no idea that other people existed," the station added.

Mayor Roger de Groot said that the family is believed to have lived for nine years on the farm in Ruinerwold, 130 kilometers (80 miles) northeast of Amsterdam.

Drone images of the farm showed a cluster of buildings with a large vegetable garden on one side. The small property appeared to be ringed by a fence and largely obscured by trees.

"I have never come across anything like this before," de Groot told a press conference. He told reporters the siblings were aged from 18-25. He said their mother is believed to have died "a number of years ago."

Local police said in a tweet that officers visited the farm after being alerted by somebody "concerned about the living conditions" of its residents.

Police said they arrested a 58-year-old man who rented the property, but it wasn't immediately clear why or what his relationship was to the family. Police said he wasn't the father.

Police investigating the farm found "a number of improvised rooms where a family lived a withdrawn life," De Groot said in a statement.

Local bar owner Chris Westerbeek told broadcaster RTV Drenthe that he called police after a man "with a confused look in his eyes," with unkempt hair, a long beard and old clothes walked in to his bar and ordered five beers for himself.

"He said where he came from, that he'd run away and that he needed help urgently," Westerbeek said.

De Groot said the police investigation is looking into "all possible scenarios," but didn't elaborate.

He said the family was now "in a safe place receiving appropriate care and attention."