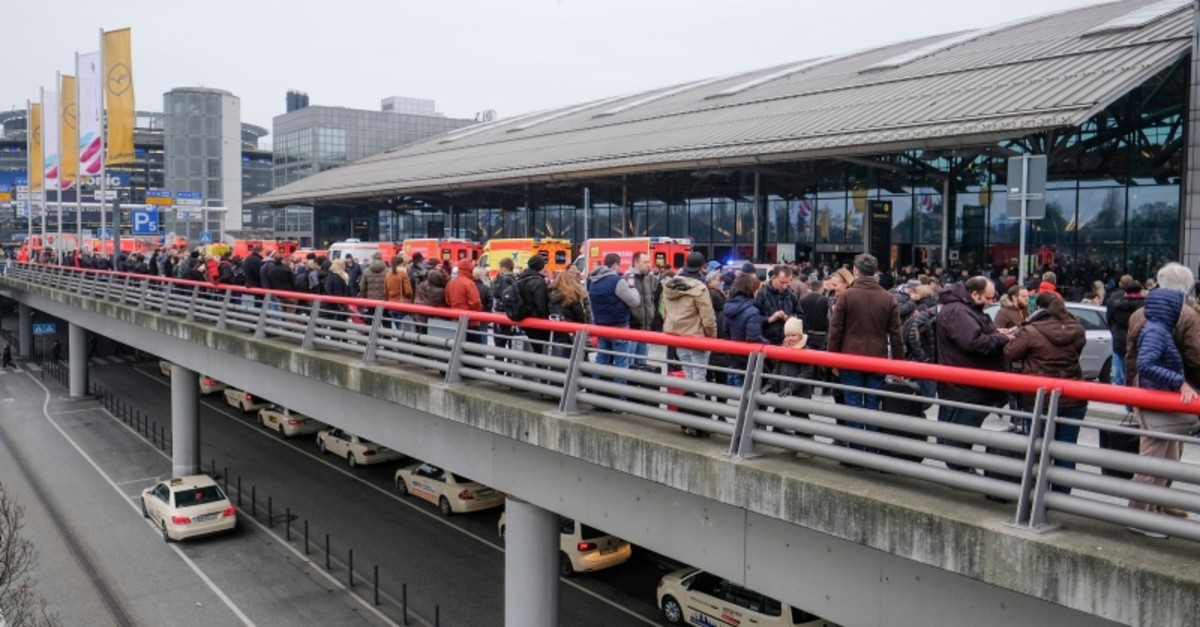 Travelers wait outside the Hamburg, northern Germany, airport Sunday, Feb. 12, 2017 (AP Photo)
by Oct 17, 2019 9:16 am
Hamburg Airport reopened late on Wednesday after a World War II-era bomb was "successfully defused" hours after being discovered.
The airport made the announcement on Twitter. "All waiting flights can depart/land from now on," it said at 10:50 pm (2050 GMT).
The 450-kilogram device's acid fuse was disarmed by bomb disposal experts in Hamburg-Schnelsen on the outskirts of the northern German city, police confirmed.
Homes within a 300-metre radius of the bomb had to be evacuated, with more than 500 people brought to safety.
While the bomb disposal experts were at work, the nearby A7 motorway was closed as well as the airspace over Hamburg, meaning that no planes were able to land or take off. Such evacuations are relatively commonplace in Germany, where unexploded ordnance is a legacy of the heavy bombardment by Allied aircraft of towns and cities during World War II.
Last Update: Dec 20, 2019 1:06 am
RELATED TOPICS