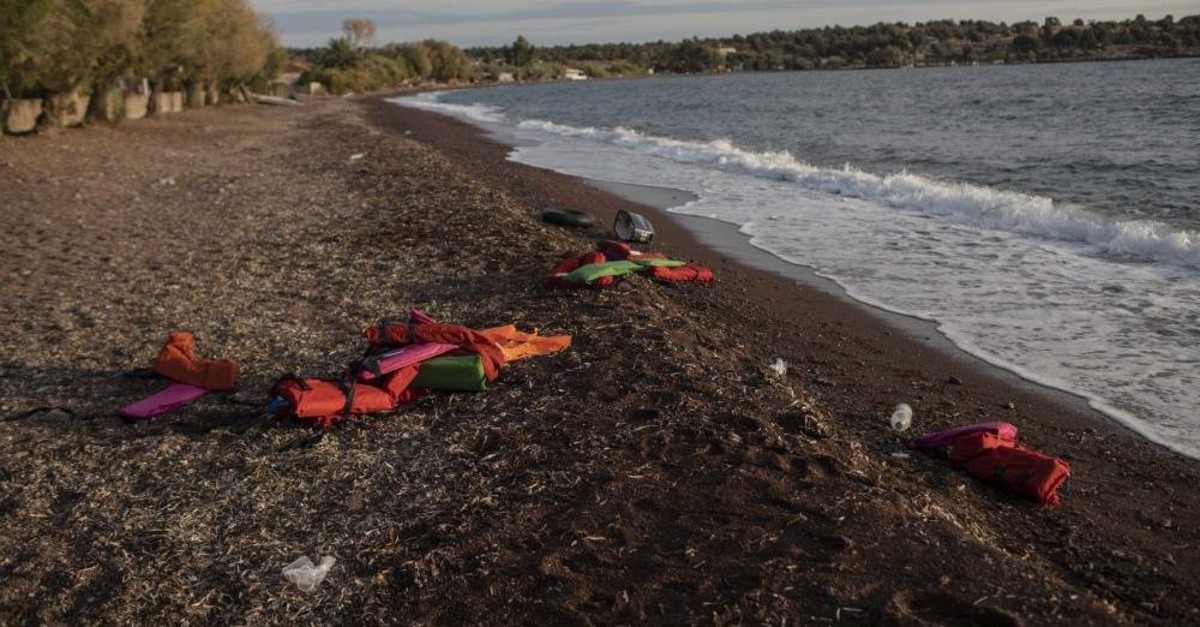 Life vests are seen on a beach at the seaside village of Tsonia, Lesbos island, Greece after the arrival of refugees and migrants on a rubber boat from Turkey, Oct. 7, 2019. (AP Photo / Petros Giannakouris)
by Daily Sabah with DPA Oct 18, 2019 4:39 pm

According to the Greek authorities, almost 500 migrants were discovered on or around the Greek Islands between Wednesday morning and Thursday afternoon.

Greece's Ministry of Public Order and Citizen Protection in Athens and the Pireaus coastguard said they picked up 474 migrants during that time.

The Greek Aegean islands host a large migrant and refugee population, and Athens is straining under a new surge in arrivals from Turkey.

There are more than 33,000 people being hosted in overfilled camps and other forms of accommodation on the islands of Lesbos, Chios, Samos, Leros and Kos.

Many European countries have been subjected to heavy criticism regarding their policies about migrant relocations.

Migrants packed in nongovernmental organization (NGO) boats fleeing their countries and traversing the Mediterranean in dire conditions end up waiting on the boats, with limited resources, for European countries to take them in.

Some countries directly refuse to take migrants in, resulting in some of them being hosted in overfilled camps in other countries or sent back to their conflict and war-ridden homelands.

The number of migrants coming from Turkey to the Greek islands since the beginning of 2019 has reached more than 39,000, compared to some 32,494 the entire previous year, according to figures from the U.N. refugee agency, the UNHCR.